Where in the World is Bella Sarris?

Skirting her Soundcloud with only a few tracks and both of live sets, pacific-region Aussie DJ Bella Sarris is invading odd and out-of-the-way venues of the globe at a paced rate. While the name might not strike you as familiar to both American and European “EDM-lite” audiences, this peculiar spinner is touring with no direction in mind. While touring to the likes of Ibiza, Israel, Chile, and Argentina are not an odd mix for a popular DJ, Bella Sarris is coming from a reversed approach: coming from Sydney, Australia, Bella Sarris has actually not made an immense impact on her home region, but has flogged herself and her brand to the likes of Ireland, Peru, Portugal, Romania, Austria, Tunisia, the U.K., the United States, and many more. She does indeed go back to her homeland for shows, but…

While she is indeed putting herself out there as a DJ and also a brand to gain popularity in her field, one might ask, “what is the genre of this up and coming DJ?” Interestingly enough, a little downhome Google research displays her official website / ResidentAdvisor.net account describing her style as “house.” While many individuals have no problem labeling a DJ or artist “house,” it can signify itself as an umbrella term as well. Just like we can call things “rock,” we all know from Wikipedia pages like this that a large genre with many subgenres underneath it can make the lines of “what it is, and what it isn’t” quite blurred.

Looking at the Soundcloud account of Ms. Sarris, it’s no surprise that most of her tracks are indeed full sets from shows she has already played. An artist who makes their living off of live gigs and presents themselves to their audience the old-fashioned way will definitely have some live feed or souvenir studio tracks that end up getting posted on their account the next night. One of the songs spotlit by her page was a track titled “Part of the Wave (full set).” While it can be enjoyed for its dark sounds and ambient, chill bassline, it is definitely not representative of the sporadic career of Bella Sarris, as you might perceive it. Upon listening to “Part of the Wave,” one might assume this relatively fresh face from Sydney to go more the lounge-y ambient direction. In progressing through her playlist, top to bottom, her live sets turn out to be even more diverse than the set under the spotlight.

“Live at Sonus 2015,” the next one from the top of her page starts out with a similar synth and bass trends as before, but as the track slowly progresses, we see the dark mind of the artist we are engaging with. Around the 10-minute mark, the track slowly descends into a cymbal-infused beat mixed with a smoky club vibe that morphs into some drug-fueled club-stomp and doesn’t want you to stop jamming to it either. What makes going down her Soundcloud account so interesting is the fact that her work has been released sporadically on the Internet since the year of 2010. Historically speaking, her career is quite young compared to her peers, but her tactic for gaining support remains uncanny. Choosing fans from some of the more smaller or obscure markets in the business not only shows her goals are refusing to be purely economic, but also her brand is a representation of something that doesn’t exist.

Going through her Twitter and Facebook, you will see that Bella Sarris has no shortage of loving comments, and she makes no secret of being accessible through social media. Going through her official website, and the Internet itself, you almost find no trace of anything outside her website. While you will find press pieces, there is no elaborate official website made by a marketing company, no long biography of how she shits out gold, and a picture of her latest single; simplicity and transparency are the true markers of who Bella Sarris is. The face behind a unique set of dark club bangers and chill strums that could be played at a Mill Ave bar, or even the Starbucks down the street gives a true musical face with no bells or whistles. Using a simple name, with most of her press photos resembling a class 1960s album cover that only displayed the artist’s face. The simplicity of the persona she puts out to her fanbase is not so much of apathy to her own brand, but to speak through her music in a way when you couldn’t always know in the first five seconds of hearing a song what the artist looked like. In a way, it does work for her. So in spirit of pop culture references, where the hell in the world is Bella Sarris? 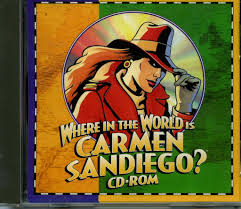 Bella Sarris is making herself global, and you can’t stop her. While she hasn’t gotten an extreme amount of Western coverage, keep on the lookout for this Sydney native whenever you’re looking for some dark house beats. Also check out her tour dates within her official website below if you find yourself across the pond, or in the likes of New York or Miami, which seem to be her main North American haunts.