Bassnectar. Do I need say more? Well, he’s at it again as he just released a brand new mixtape on Pasquale Rotella’s Night Owl Radio. Listen as Lorin combines some of his latest remixes, originals, and collaborations all for an hour of expertise mixing.

As soon as you turn this episode on, Bassnectar cuts right to the chase. He brings it back in time introducing the mixtape with a mashup of Bass Head and Timetricks. Bass Head, released in 2010 off of the Timestretch album, is one of the original tracks which gained attention for the artist.

Nonetheless, Bassnectar takes you on a journey through the peculiar types of modern day music. Whether it’s his collaborations with other electronic artists, remasters of hip hop tracks, or varying styles of mixing, it is all authentic. It is all Bassnectar. 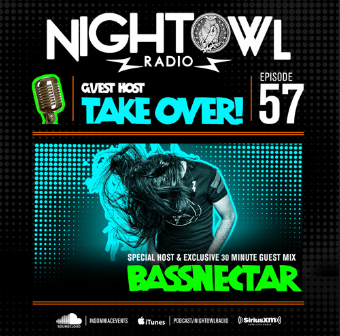 Portraying some of his favored artists from all genres is what makes this mixtape so exclusive.
With his own version of A$AP Rocky’s ‘LSD’ and Gucci Mane’s ‘First Day Out tha Feds,’ he alters the familiar hip hop tracks into a more symphonic sound. Having the ability to transpose just about any genre into his own is just one of the qualities that have attracted many to follow his music.

Instead of just following his music, many have been following him on tour. Followers of Bassnectar have been deemed ‘bass heads,’ relating back to the track which molded the foundation for it all. Recently performing at Life in Color, Nocturnal Wonderland, and Electric Forest have contributed to what Pasquale calls ‘cultish’ following of Bassnectar. Because of this, Pasquale decided to establish Bassnectar as a permanent resident on the Electric Forest lineup. 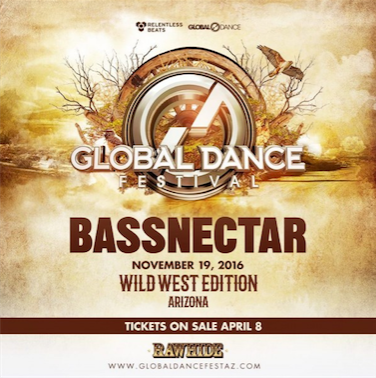