Taking on it’s third year in Arizona, Decadence NYE is inviting 25 spectacular artists to the grounds of Rawhide to ring in the new year, and one in particular that I got to ask a few questions is Jesse Hughes, also known as Vanic.

This Vancouver based DJ/producer has grown tremendously over the years continuously releasing refreshing tracks and remixes that display an outstandingly unique sound. 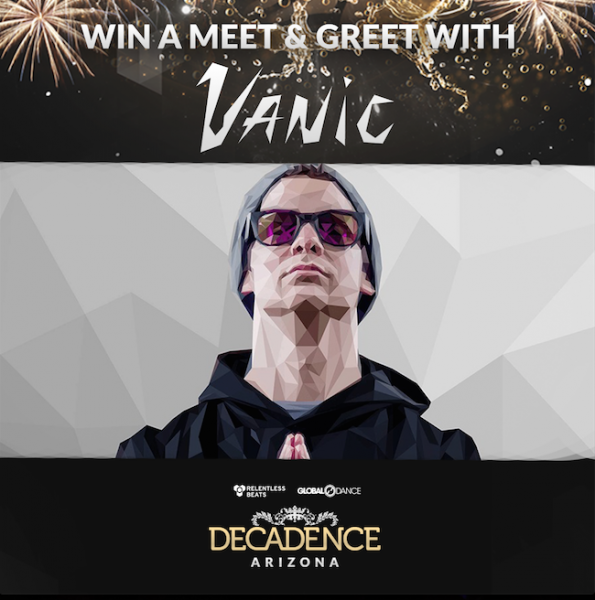 Your sound is very unique with it’s combination of indie female vocals, future house, and pop melodies, how did your sound come about? Where did you originally draw from for influence?

Thanks!! I really like to work with indie female vocals. I’ve been playing piano since I was four years old and turned into a metal head in high school. I started making music and realized I was better at making the prettier stuff instead of the hard stuff.

Samurai was your first official single and it’s success has been amazing, what’s next to follow it up?

Thanks! I like to produce all sorts of styles of music and I feel like Samurai was a song I was very experimental with. More music is definitely what’s in store next. We’ve also got another single coming out in January.

What is your favorite New Years Eve tradition or memory as a child?

Popping a bottle of champagne.

Out of all the performances you’ve done on New Years Eve, which was your favorite?

Well I haven’t been touring for too long.. so last year was the very first time I played a NYE party. It was in Seattle and it was an insane rager. The crowd in Seattle goes OFF and they’ve always been super supportive so I’ll be expecting nothing less in Chandler! Can’t wait to make it out to Arizona!

Are there any sets at Decadence you’re personally excited for?

Excited to see The Chainsmokers!

Tell your fans something that they might not know about you. A fun fact?

I’m really looking forward to this show. I’ve got some family and friends coming out so this is definitely going to be a special one. Lets go!!!!!!!!!!!

Well you heard the man, this is going to be a special one and along with his performance there will also be a chance to win a meet n greet with Vanic at Decadence!