Beyond Wonderland 2017: The Endless Sea Recap

The freshly reimagined version of the seventh annual Beyond Wonderland took place last weekend March 24th – 25th in Southern California. For the first time ever, Headliners embarked upon a voyage into the exquisite and otherworldly Endless Sea, rather than down the rabbit hole. The magic of Beyond Wonderland all began seven years ago at the legendary NOS Events Center in San Bernardino, California. After three successful years at NOS, Insomniac Events decided to make a change in venues to allow for the expansion of camping; but this 2017, Beyond Wonderland returned to its original home of NOS Events Center, sparking memories of walking amongst those beautifully lit trees surrounding the festival grounds’ iconic and unforgettable mini lake. 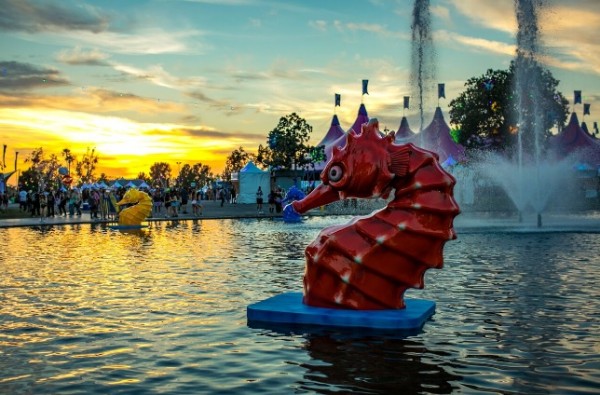 Insomniac has yet to fail at creating an immersive entertainment experience at their events. The 7th annual SoCal Beyond Wonderland went off without a hitch, with production quality soaring. The festival offered a brand new layout as it returned to its original home where Beyond Wonderland was born 7 years ago. Expanding ever more, Insomniac Events has mastered certain details of their festivals that set them apart from all the rest. While there were 6 different stages with over 70+ artists playing over the festival weekend, Insomniac has still managed to eliminate sound bleed by properly positioning the stages throughout NOS Events Center.

This year’s immersive underwater-inspired festival featured six vibrant stages, all decorated to The Endless Sea theme, including the Outer Realm hosted by Bassrush to appease the bassheads, Cheshire Cove hosted by Dreamstate for the trance fam, the Upside-Down House hosted by Insomniac Records, the Queen’s Domain mainstage, the Beyond Wench art car, and finally the Aquarium made its debut this year. 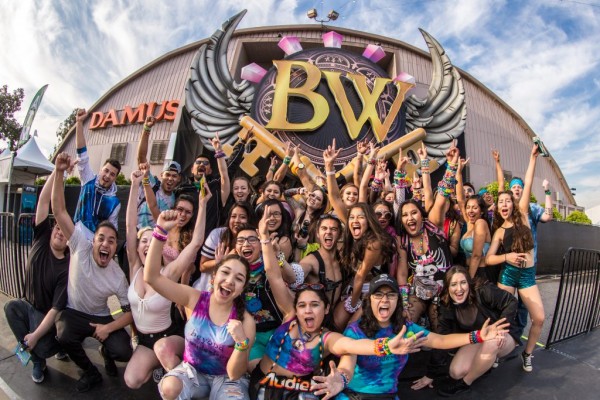 For the first time ever, Insomniac has reimagined the iconic Beyond Wonderland festival, but managed not to drown us in The Endless Sea theme. Instead they tactfully made tweaks to the event, while Headliners brought out the theme with their own themed costumes and outfits. Amongst all the Headliners, new under the sea themed characters danced and entertained throughout the festival grounds. While EDC has their memorable clowns prancing around, Beyond Wonderland: The Endless Sea featured aquatic aerials suspended from the Queen’s Domain rafters, sea foam sirens on stilts, dancing mermaids and otters.