RB Exclusive Interview: Getter Speaks on Triggers, Religion, and the Future of his Career

Landing an interview with Getter was one of the highest points in my writing career. For the last year, Getter has been slammed for his unreserved personality and ability to stick up for himself against the haters. The funny thing is, most of these haters react to his ability to master any style of music, so I decided to get the details on what’s been in the works:

How does your music speak for your personality?

I don’t think it does. I’m making a farewell album because I want to leave this scene and explore other shit, but my new album, people are gonna hate it, but I don’t give a f*ck. It’s all vibey, my shit. If I wake up and I’m depressed I’ll go to the studio and start a song and I’ll just pour my guts out. There’s actually a song called ‘Guts’ because I was so sad for no reason one day and just went to my studio for sixteen hours and made this whole song. By the end, you can listen from start to finish and experience what I was feeling.

There’s a couple bangers on there for the barricade kids. I love the hard shit and I will always make that shit, but I have been appreciating music more. I used to think *imitating self* ‘what can we make so people go the hardest and start the biggest mosh pit,’ but now it’s like dude I wanna sit and close my eyes and just listen to something. I wanna just put my guts into an iPhone and have people listen to it. 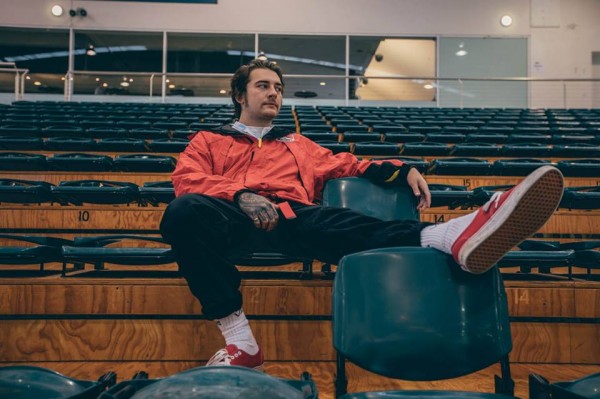 I feel like that comes with age and maturity, growing into different kinds of music.

It’s funny though because in this industry they say you have to put up with a lot of shit. People saying shit. They’re always saying not to reply to the hate, but I always do because I’m standing up for myself. If I go to a show and there’s a really important promoter there and he’s being a total dick I’ll tell him to s*ck my ****. People see that as me having an ego and they’ll hear my hard music and be like ‘oh hey it matches,’ but when they hear this new shit they’ll be so confused.

Well, you basically answered my next question. How do you know it’s time to produce “Something New.”

Well, ‘Something New’ I made when I dumped this bitch. She was ruining my life and I didn’t realize it, and all of my friends were telling me. I dumped her and I was so happy. I started that song for her, and it got to the point where I needed to do stuff like that for her to even… you know what I mean. Once we broke up I was like f*ck this and scrapped the whole thing because I was dealing with something new.

With that, what triggers you?

I hate when people talk about religion because religion is important to a lot of people and to a lot of people it’s f*cking not. It’s the same shit where if you go to a country concert, but you hate country, and you keep talking about how much you hate country. The other day on my Twitter I posted some shit about how selling your soul to the devil is just a symbol for sacrificing your time and your life, meaning your soul to do what you love, and all these religious kids kept blowing me up. Like dude, keep that shit out of here. People that are just small minded like that. When people who can’t listen to a song, like if Zomboy made a really chill song people would say it’s g*y even though he poured his soul into it.

I feel like with the modern day scene, working in it gets me too. I couldn’t even imagine being a musician. Especially doing hard music and then lightening up.

It gets to the point where the hard music people go crazy for is so easy to make. You can make it sound like that in eight hours, but the shit I’m making now takes forever. That’s why my album is taking so long. Even though it really matters to you people still tear it up. It’s so fucking lame. That’s the biggest reason I’m getting the f*ck out of the scene.

It’s the same concept with religion and the electronic scene. It’s this beautiful thing and we’re all supposed to appreciate the differences, but everyone fights over them. It’s like human nature.

It’s fucking music. The people who do understand it, all my heavy producer friends, they’ll hear my newer shit and they’re like ‘woah, this is cool’ because they get it. The other thing that triggers me is I think women have more advantages than men and they should be treated better, but I fucking hate when you start talking to a girl and you’re being friendly and treating them with respect and it’s like ‘uh, she thinks you’re a pig.’ Women deserve a little bit more. Sorry almost every dude sucks.

What are the major differences between the electronic scene now and when you first started out?

When I first started I looked up all these guys, I still do, and I was trying to do the shit they were doing. Then I was just scraping the surface, doing what they were doing and I was asking myself why it wasn’t working. Then I started to understand how this crazy industry works. The only way to do what you want to do is to have a cool brand behind it. Either make really good, dope music for somebody or you can make your own shit and please the people in a different way, meaning humor, pictures, music videos and shit. I didn’t know that at first, so I think that’s the biggest difference. I think it used to be about the music, but now it’s more about the trends which isn’t a bad thing. The human attention span is so small.

It distracts from what it’s really about though. This one [Middlelands] really brought people out. Stuff like this, the camping ones in the middle of nowhere, bring out the real people, but a lot of them, bring out a bunch of fools that just wanna get f*cked up.

Right! I saw Flying Lotus on his ‘You’re Dead Tour’ a couple years ago and I was so surprised because it was my first non-edm show in so long. I was sitting in the crowd, no one was on drugs, everyone’s just drinkin’ beers and sittin’ down. No one was really standing up and this dude is throwing down and people are just bobbing their heads and I’m like dude this is so chill. When I’m doing that shit and I’m trying to tone it down a bit people don’t even know what to do. They need to be told what to do. 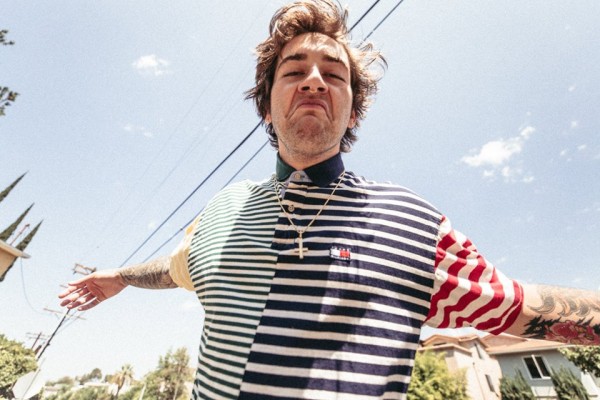 How does this phrase make you feel… ‘riddim or gtfo.’

Here’s my thing, dude. I love the music. That’s what I started with, it’s so simple and it’s so cool, but it’s the fucking name. You go to the UK and call it riddim and you might get your ass kicked. It just pisses me off because it’s all these young kids who think they can fight and be an asshole to this music. ‘I can start pits and do all this shit,’ but the minute you talk shit on it they tear your ass apart.

There’s etiquette to pits though!

Dude. I know, exactly! When I first started that kind of shit it was just the homies, I was good friends with a lot of people, and as soon as I said ‘fuck riddim,’ just the phrase, well some of it sucks, but all of my friends started turning on me. They thought I hated them. People get butthurt. I get butthurt because it’s such a lame name. It’s literally grime without the rapper. It evolved, but I just hate the name. I play so much of it in my sets, but it’s just dubstep. That’s all it is.

It’s all electronic music. It just evolved into all of these different things and people like to categorize it.

Once you slap a title or category on anything, not even just music, you’re starting to restrict yourself. It’s just like religion.

The biggest trigger for me is when people are like, ‘oh you’re a DJ, right?’ No, everyone’s a DJ, I’m a musician, bro.

As we have this conversation I’m thinking religion and electronic music can be compared because it all started as the same thing and then people started to categorize it.

Yep, it’s the same shit. Religion is like the same thing.

Anyway, have you heard of this new dude, Terror Reid?

Yeah, dude I don’t know. I think I’m going crazy because I don’t know shit about him, but I swear to god it’s literally a schitzo moment in my life. I’m not trying to keep it hidden, I just don’t know what it is. It’s just another person in my f*cking brain. I don’t know what I’m doing with it, so let’s just see how it goes.

After sitting down with this clown for a good thirty minutes, it took me weeks to digest what was said. I had a great time shooting the sh*t with Getter, and I respect his approach on the crazy life he leads. Working in the music industry isn’t all fun and games, and having to deal with everyone’s judgements as they throw shade to distract one from the work they love can be detrimental to one’s career. I’m excited for Getter to release the new projects he’s been working on. They’ll be well worth the wait.