For over a decade HOSH has been an essential part of the music community. His keen eye for mixing and fresh, innovative nature has kept him at the forefront of the industry. Most recently he released Stories From Sa Talaia, a double album presented as a DJ mix made from his own exclusive beats that speak to his level of mastery. Today, the German-born DJ and producer finds himself in the White Isles of Ibiza, gathering inspiration from all that surrounds him, including his growing family. I had the chance to speak with HOSH before his jaw-dropping Goldrush performance to talk about his musical influences, new endeavors, and the balance between it all. 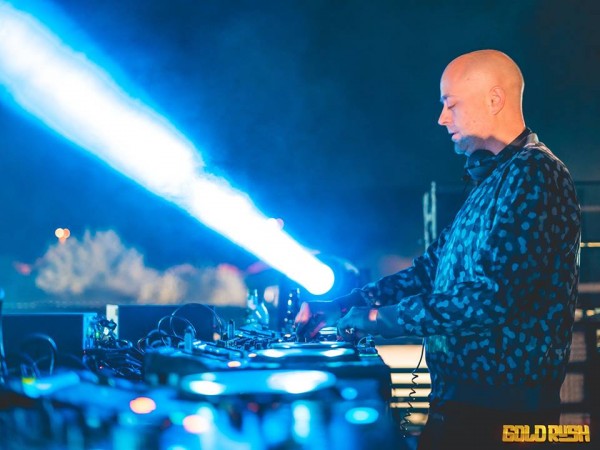 Tell me a little bit about Fryhide. What’s your vision for the label?

You know, in German it’s actually spelled differently. I spelled it that way on purpose so English speakers would be pronouncing it correctly in German, so it all works. It means freedom actually. I started it because last year I did this album project, and my vision for the album was to do a compilation consisting of just my own tracks, and I wanted to put it out as a mix, so I had to come up with something new for it. It doesn’t make much sense for a label to release a free download and in four parts. It’s impossible to get four release slots on a label so I had to create one, and then I figured since I’m doing it anyway, I’d start building it with artist and creating my vision of music. I was looking for young talents and now I have five artists. Each of them will have about two releases a year and then next year we’ll start showcases. So far it’s doing really good.

Tell me the story behind ‘Stories From Sa Talaia’ on the label. How did you choose who to collab with on the mix?

Sa Talia is the highest mountain in Ibiza. It’s where I live and it’s just the vibe of the area. It’s sort of mystic. Since I wanted to do a compilation I was looking for musical influences and sounds that I wouldn’t produce myself usually. I asked some of my favorite artists to send me their ideas and then I remixed and finished the tracks from there.

I love how family oriented you are, even putting your daughter’s heartbeat into a track. Do you plan to keep incorporating these intimate touches into your future music?

I mean, this is what’s inspiring for the moment. I like to bring real life, everyday stuff into my productions. The music grows with me.

Between the label, touring and shows and being a devoted husband and father you seem like a busy, busy man. How do you balance everything so well?

It’s not easy. This November I saw our baby girl like four days which is really not enough, but November is hardcore. Usually, I do weekend travels and then during the week I’m there but we’re doing the international tours right now so it’s hard. I do the FaceTime and stuff. She’s starting to get it, like ‘Hey, it’s papi, it’s daddy!

It doesn’t seem like you come stateside very often, let alone the wild west. How do your sets differ overseas and here? How about the crowds/vibes?

I make it out here at least once a year, sometimes twice a year. I’m on a two-week tour right now, though. I was in Miami last week, last night I was in Denver and the night before that I was in San Francisco. I also have some shows in Canada and Mexico. Right now I’m playing all the new stuff I signed for the Fryhide albel and that makes it pretty easy for me. As far as crowds go, you can’t really break it down by continent. It’s always a bit different but I just go out and show my style. It seems like people are pretty well informed these days. We’ll see how it is here in Arizona! This is my first time here.