Delta Heavy, consisting of Ben Hall and Simon James, is a UK Drum N Bass duo who have been creating beats for a decade now. Their 2012 single “Get By” put them in the spotlight and their debut album, Lost In Paradise, came four years later. They’ve been on the prestigious RAM Records label, founded by Drum N Bass king Andy C, since 2010 and just released their second album under the label in March. I had a chance to speak with the duo about their DnB roots, their latest album, and the dreams they’re still pursuing ahead of their upcoming performance at Shady Park this weekend. 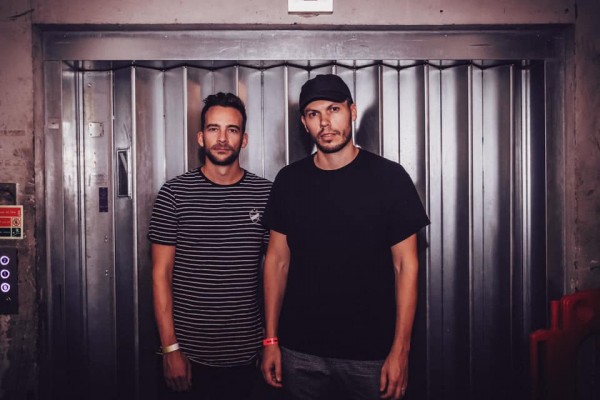 You recently played at the EDC Las Vegas UKF10 Forest House Art Car showcase. I know DnB is home for you guys. How did it feel to partake in a huge anniversary for a label that’s helped push DnB to the masses?

We actually played at UKF’s first ever event which was also one of our first ever shows in London as Delta Heavy.  We’ve known Luke (the founder of UKF) for years and they’ve always been huge supporters of our music, so it was great to give something back and help them celebrate their 10th anniversary under the electric sky at EDC.

You guys are on a variety of festival lineups coming up, many of which have you going B2B with Dirtyphonics. How have you guys prepared for these performances?

We spend a lot of time in advancing planning out the sets meticulously.  We’ve also made a lot of custom edits to play in the sets that are exclusive to the b2b.  We just one to make the experience feel as exciting and special as possible and the feedback to the sets has been really satisfying.

You guys recently started Phase 2 of your ‘Only In Dreams’ tour that’s taking you across multiple states and countries over the course of 3 months. What have been the highlight so far?

This year has had so many highlights so far but our favourite part of the tour was probably Australia and New Zealand.  We sold out 4 of the 6 shows before we got on the plane, and we had Modestep on the tour as special guests.  The album actually came out the day of our Auckland show, and I got to celebrate the release of the album by playing our biggest show in that city ever.  It was amazing and such a satisfying feeling having put so much hard work into the album.  We also performed our track with Modestep, ‘Here With Me’, live every set which was so fun to do and gave each night a special moment. 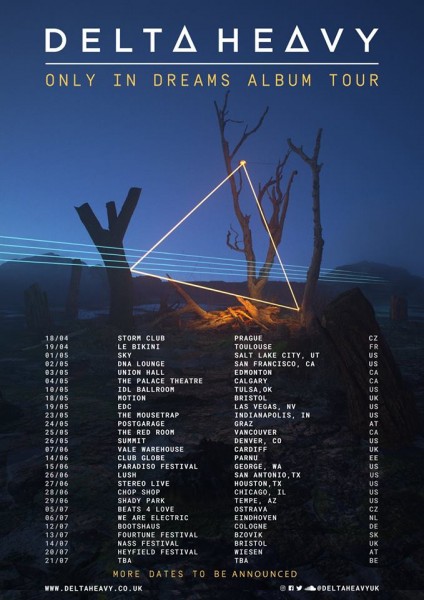 How do you manage your work/life balance being on the road for such long periods of time?

When you’re used to working in the calm, quiet environment of your own studio it can be very difficult to keep making music on the road.  Luckily doing an intense tour straight after releasing the album meant we could take a bit of time off from writing music!  I tend to binge watch TV shows while traveling so there’s been a lot of that this year!

Your Second album Only In Dreams came out in March and has been met with great praise. The album had 8 features whereas the previous album, Paradise Lost, had none. What drove you guys to be more collaborative this time around?

After our first album ‘Paradise Lost’ we definitely want to open up the second record to collaborations.  As ‘Only In Dreams’ started coming together we had a lot of different projects on the go with various other producers and vocalists, so it seemed a natural choice to group these together to form the core of the album.  It gave the album its own unique story and expanded on our core sounds and range of influences.

How did you choose the specific collaborations you did?

They have conceived a variety of ways.  We approached some people, others approached us, some of the opportunities came via our management.  They key thing was every person wanted to work together to create something fresh sounding!

I saw that you guys are putting together an Only In Dreams remix album already! When can fans expect that? Any clues as to who we may see provided reworks?

Can’t reveal any names yet but we’re focusing on getting remixes from younger producers and up and coming acts we’re fans of.  We will also be including a few VIP versions from ourselves so it should be a really exciting collection with a lot of variety.

The two of you have been creating great music for almost a decade now, but you’re never too “established” to stop dreaming. What are some dreams you guys still have in regards to your careers, or otherwise?

The more ‘established’ you become, the more your ambitions keep growing and the goal posts keep expanding.  We feel we still have so much to learn and so many more things to achieve.  There are so many people we would love to work with and new areas we want to explore in our music.  There are also so many more countries to travel to, festivals and venue still to play it – the list is endless!

Shady Park is a fan favorite venue here in Arizona. It provides more intimate vibes while still maintaining massive energy. What can fans expect from your performance there next month?

We’ll be showcasing our new album and some of the forthcoming remixes, as well as some brand new Delta Heavy material.  We tend to play slightly longer sets at our club shows so this tour I’ve been really making sure the sets feel like a proper representation of the album.  It’s a bit of cliché to use the term ‘journey’ but this album tour set has lots of ebb and flow, light and dark while still being very energetic.  We’ve always had such great shows in Arizona and I can’t wait to make our Shady Park debut!