Australian duo Hermitude have a knack for creating captivating, enchanting tunes and their latest album is no exception. Mirror Mountain, released just two months ago, is one of their most impressive showings to date with eight exceptional, masterfully produced tracks.

The talented pair is currently on the albums accompanying tour, which is making a stop in Arizona THIS weekend! We had the chance to chat with Hermitude ahead of their upcoming performance. Check it out below! 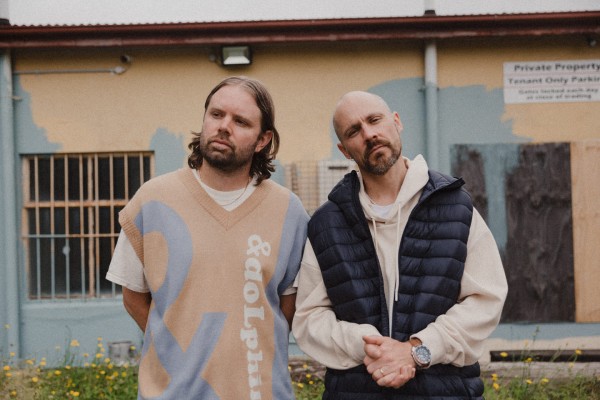 Congrats on your recent album, Mirror Mountain! How would you describe it to someone who hasn’t heard it yet?

It’s an ode to our home town The Blue Mountains, where we both grew up. It’s a beautiful place and it definitely came through in the album. Musically we wanted to move into a more uptempo rhythmic feel. It was a natural progression for us from a lot of the half time 140bpm area we lived in for a long time.
https://open.spotify.com/album/3hcYCXbWFUV5eP4wZPQn8K?si=pI81GXWwSyGxVKoaXlbbQQ
How has the fan response been over the last two months?
It’s been great! we have a lot of people who have been fans for a long time noticing the Blue Mountains element to the album, as we produced our early records up there too. And a lot of people liking the new direction which is cool too cause that doesn’t always happen. Mostly people have been super pumped to hear new music and we’re crazy excited to get back on the road after these weird ties and play some shows with everyone.
With the release, you told fans they should try to listen to it from start to finish. How does listening to the tracks in order contribute to the listening experience?
It was important to us as the whole album is like a a whole piece, it represents a time and a place. When we started the writing process it was the beginning of the pandemic and everything shut down around us, it gave us a feeling of freedom believe it or not, no deadlines no gigs no nothing. So we wrote and we never bounced anything out, no demo’s to listen to in the car. The only time we were hearing the tracks during the process was when we were working on them. We didn’t even show our team (credit to them for fully believing in us and our vision). When it felt like every song was finished we bounced everything out in order and in a singular file for us to listen to for the first time out of the studio. It was a great experience, we went for a drive and listened to the whole album as a whole for the first time overlooking a valley with a storm rolling in in the distance. We sent that one file to our team, so they had to listen to it in one sitting as well! So long story short, I guess we wanted to try and recreate that magic for everyone when listening to Mirror Mountain for the first time.
Your stream from Mirror Mountain was incredible! What does that location mean to you, and how did it inspire the album?
Thanks, it was so epic and fun to do that stream. It felt really great playing music that was inspired by that land back to it. I didn’t realise I was going to feel anything out of the ordinary but halfway through the set I was kind of struck by the beauty and the epicness of the whole thing. The Blue Mountains is a special place for both me and Dubs, we grew up there, so that spot, we had both been to a bunch over our childhood and teenage years.
There are so many beautiful, unique sounds on the album, from the falling rain on “Sixth Sense” to the intricate soundscape created on “Tides of Time.” Do you guys go into the creation process with these elements in mind, or what was that process like?
It was something we wanted to do, try and impart that sense of place throughout the album. We set up our little temporary studio in my loungeroom and before we started creating, we went out into the neighbourhood with a microphone and sampled a whole bunch of sounds from birds to stormwater drains to the local community hall piano. All those samples where our pool to grab from for sounds on the album aside from our synths and instruments. I think it helped to tie the whole album together.
We’re excited to have you in Tempe this week! What are you most looking forward to about being in Arizona? What should fans expect from the show?
I’m so psyched to be playing some shows again, and it’s been a minute since we’ve been in Arizona, I think like the end of 2019 or something, it’s always a mad time! I’ll be playing a whole bunch of new and old Hermi and a bunch of stuff that inspired us through the album writing process. Expect a journey!