In an effort to enhance fan safety, and to mirror many arenas and venues around the county, we have implemented a clear bag policy for all large attendee events effective immediately.

We define a clear bag as a fully clear or colored clear plastic, vinyl, or mesh bag. One-gallon clear plastic freezer bags will be considered an acceptable clear bag. The maximum bag size that will be allowed is 15” X 15”x 5“. In addition to a clear bag, guests may bring in one small clutch up to 5” X 7”x 2” in size and two factory sealed water bottles.

The following is not allowed into the venue:
NO Illegal Substances
NO Drugs or Drug Paraphenalia
NO Pets
NO Massagers
NO Laser Pens / Pointers
NO Eye Drops
NO Glass, Cans, Cups, or Coolers
NO Markers, Pens, or Spray Paint
NO Large Chains or Spiked Jewelry
NO Stickers or Flyers
NO Tents, Large Umbrellas, Chairs
NO Large Purses or Bags (Anything over 10×10 inches)
NO Open Cigarettes, Lipstick, Chapstick, or Tampons
NO Outside Food, Beverage, or Alcohol (with the exception of factory sealed water bottles)
NO Professional Camers – SLR or Detachable Lens
NO Video or Audio Recording Equipment
NO Knives, Firearms, Pepper Spray, Fireworks, or Weapons of Any Kind
NO Toy Weapons or Real Weapons of Any Kind
NO Open Sunscreen
NO Balloons, Balls, Frisbee, and / or Any Other Projectile
NO Native American Headdresses
NO Festival Totems

Hailing from Atlanta, GA, the masked menace DJ/producer duo known as ATLiens has unleashed a steady stream of dark, trance-inducing, bass-driven music – hurtling these young guns towards the top of the trap & bass music scene nation-wide and to countries far and wide. With support … Read More

Autograf have sustained a global fanbase with yearly headlining tours, bringing their dense and renowned discography of effervescent house music to the prestigious stages of Coachella, Lollapalooza, EDC Las Vegas and EDC Korea. The guys pride themselves in their all-encompassing approach to the project, which … Read More

Introduction Over 11 boundary-pushing years, Nic Chagall and Bossi have developed Cosmic Gate into one of the most creative and highly-sought-after electronic music acts on the planet. Revered uber-producers, their combined musical acumen has made them evergreen favourites of trance music's highest echelon. Four hugely-received albums … Read More

Dombresky, a producer from Paris has made his name known through his unique and authentic style. This has allowed him to make an official remix for A-Trak 's "We All Fall Down" & also collaborate with Tchami on "Freakin." Dombresky continues to impress the house scene … Read More

Productive and successful for more than a decade, Italian native artist, producer, DJ and multi-talent EDX first hit people's radars in 1994 with various mix tapes that within weeks had circulated around the globe. With his new found fame, EDX quickly climbed up the ladder … Read More

Kye Gibbon and Matt Robson-Scott of Gorgon City are two young men who each separately jumped in to clubland’s deepest and choppiest waters and learned to swim the hard way. Each was obsessed not only with the sound but with the culture of jungle / … Read More

Genre blending has always been a core tenant of Jauz – the project of 21 year old LA-based and Icon Collective graduate, Sam Vogel. Over the course of the past few months we have seen the young star rise, turning in some of the biggest … Read More

Since his first release in June 2012, Kai Wachi has been on an upward trajectory, thrilling electronic music listeners with his hypnotic sonic textures and ear-shattering basses. Never one to stay in one lane for too long, or to stick to one sound, the 22-year-old … Read More

Born in Houston Texas and raised in different cities across the US, 23 year old Hayden Capuozzo spent most of his early life absorbing the different sounds and styles of all the musicians the world has to offer. Under the professional guise of Kayzo, Hayden managed … Read More

About Kill The Noise

There's a new ghoul haunting parties worldwide - a diamond-eyed skull slapped to turntables. Grinning off sweat-drenched t-shirts and gleaming from 20-foot neon screens. It's the bony mascot of Kill The Noise, the buzzing young producer and DJ whose uniquely intense take on electronic dance … Read More

LSDREAM is a sonic journey to the other side of the bass world. The project combines rave culture with the future sounds of bass music. LSDREAM released his debut album VOYAGER via Liquid Stranger’s imprint, WAKAAN, in May 2018. Read More

NGHTMRE's ascent to the upper echelons of dance music stardom has been nothing short of dream-like. His meticulous production and pulsating performances have cemented him as both a festival mainstay and dance music tastemaker. His collaborations with Zeds Dead, Dillon Francis, Flux Pavilion and SLANDER … Read More

Within a scene that is constantly changing, few have risen through the trenches and have stirred the bass community as much as Bay Area native Danny Howland, better known as SVDDEN DEATH. Taking inspirations from Noisia, 16BIT, Skrillex, and other legends in the dubstep community – … Read More

Trampa touches down between the murky original signature sound of London Dubstep and the bright new lights of EDM. His earth shattering signature sound has drawn attention from some of the industries leading figures, with his distinctive production currently regarded as some of the “most … Read More

Zedd started with music in his daily routine from early childhood on. Born Anton Zaslavski, Zedd was raised in Kaiserslautern, Germany by two classically trained musicians, he began playing the piano at the age of four and built up his knowledge of the Classical repertoire … Read More 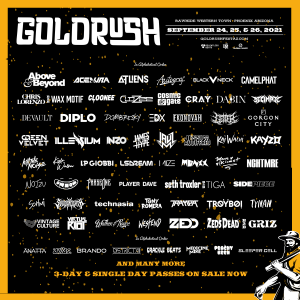