What Does #GrimeMatters Mean to You?

In America, grime means something completely different than it does in the UK. In the UK, grime music became popular in the early 2000’s. Artists including Dizzee Rascal, Newham Generals, and Skepta made way for the junglfied electronic inspired tunes. UK grime hit the mainstream then gradually became less popular into the 2010’s.

On this side of the western world, the term grime is typically used to describe heavy electronic music. Badklaat, Midnight Tyrannosaurus, and Herobust could be considered grime and they may not even know it. To make a statement, Twitter users have been throwing the hashtag in their bios. Bleep Bloop tweeted the other night in question about what #GrimeMatters really means. 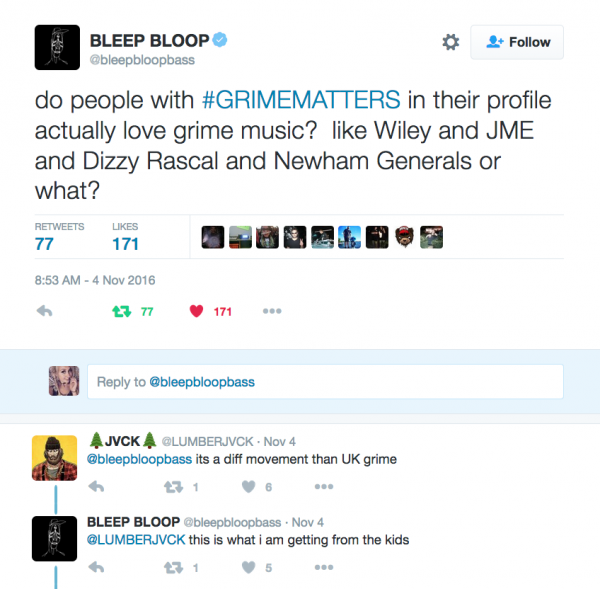 Recently, #GrimeMatters became a movement out of Chicago, Illinois to support underground bass music. The term is used more of an adjective versus a genre. Grime is used to describe the filthy, nasty, disgusting bass lines and drops most of us love today. You can find the Grime Matters movement vending at events all around the midwest, but lately they have been popping up on both coasts as well. 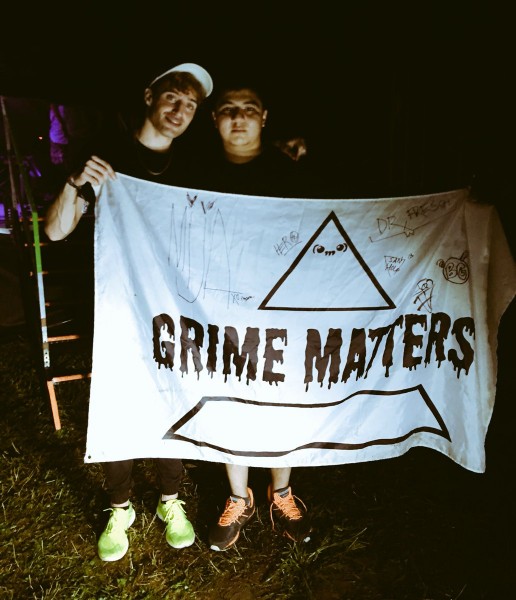 “The filthy sounds of dubstep will always be alive in our hearts, especially to everyone that created Grime Matters. I’ve gotten the chance to meet and become friends with some of the owners of Grime Matters and to me this whole organization is coming from nothing but pure love and helping bring to life grimy, nasty tunes. It lets us dark soul people rep that grime still and will always matter! They mean the grime(world) to me!” @christtiinnaaa

So whether you’re from the UK or the US, people from both areas represent their own kind of grime. Even though #GrimeMatters came out of Chicago, the movement has been spreading from coast to coast. Grimy, underground music has been surfacing in the US and bass lovers across the United States have been giving the recognition it deserves.