We’ve got another good lineup this weekend! Starting a day early, we’ve got Dirtyphonics and Apashe at Monarch for another UK Thursdays. Friday, Drezo will be playing in Phoenix alongside Robotaki and No Mana and again on Saturday in Tucson! MitiS, PRXZM, and Party Nails take the stage as Shady Park in Tempe on Saturday night while GRUM plays an at Monarch in Phoenix. 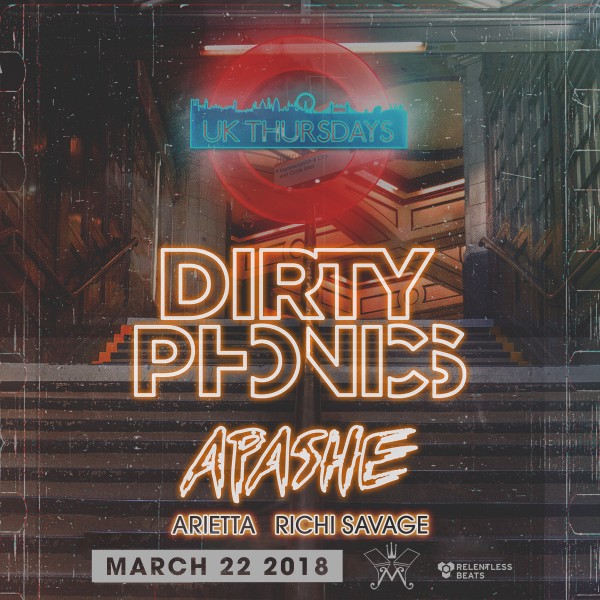 Dirtyphonics is an electronic ensemble from Paris, consisting of members Charly Barranger, Julien “PitchIn” Corrales and Julien “Pho” Lignon. Their music style is a hybrid of dubstep, drum and bass and drumstep. They’ve released on esteemed labels such as Atlantic Records, Sony, Warner Bros., Ultra, and joined Dim Mak Records in 2012. In March of 2013, Dirtyphonics released their debut full-length album, Irreverence. After 2 years of a worldwide tour, the band released the Write Your Future EP in 2015 and another EP, Vantablack, in 2017. Dirtyphonics has worked with Linkin Park, Skrillex, Kaskade, Modestep, Steve Aoki, Marilyn Manson, and many more through collaborations and remixes. Playing alongside Dirtyphonics is Apashe, Arietta, and Richie Savage. 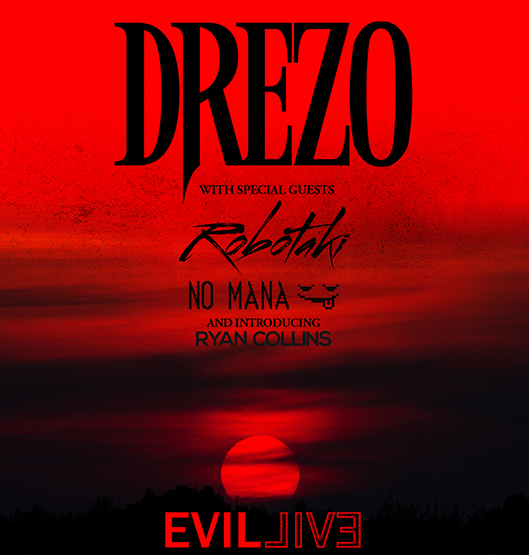 Phoenix-native and Los Angeles-based DJ and producer Drezo is making huge moves. In a music scene full of tiring trends, it’s rare for an artist to break the mold and make a statement creatively that people can connect to. Drezo challenges the mainstream standard by staying true to his own powerful underground sounds of house music. Through his compositions and remixes, the producer aims to represent the darker and more imaginative side of EDM. With releases on OWSLA & Mad Decent, Drezo has proven that his haunting surge of originality is being accepted by the masses. For this stop, Drezo is bringing Robotaki, No Mana, and Ryan Collins to kick off the party. 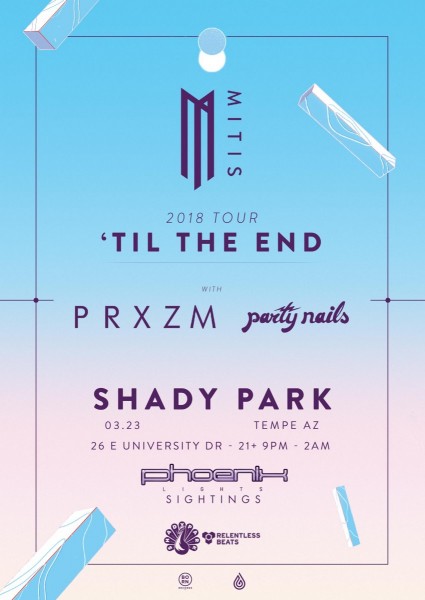 MitiS has been perfecting his special breed of piano-driven melodic bass since 2010. Brought up as a Classical pianist in Pennsylvania, MitiS, aka Joseph Torre performs a live set that combines his production chops and piano roots to get the absolute best of both worlds. He’s an artist in the purest sense, pouring his soul into every release. And as his vision of the world becomes more refined, so does his writing. He’s currently on his ‘Til The End tour, and we’re bringing him to Shady Park as part of our Phoenix Lights Sighting series. Along for the ride is PRXZM and Party Nails. Synth-pop duo, PRXZM, has been releasing fun and spunky tracks for a few years now. Some of these tracks include features with Virtual Riot, Wuki, and even Borgore. Party Nails is hot on the rise and putting out pop music that can’t be found on the radio, so you know it’s good. Her lyrics are heartfelt and true, and her production is dance evoking–the two together will never go out to style. 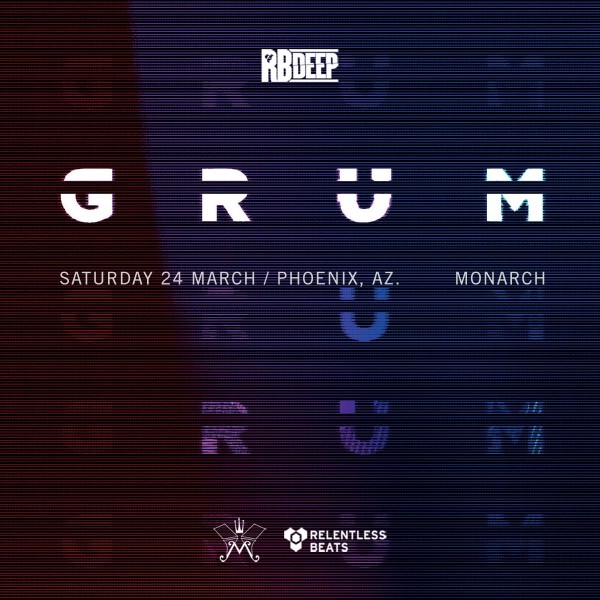 Scottish DJ and producer Graeme Shepherd, better known as Grum, has managed to keep it low-key since his first album, Heartbeats, was released in 2010. Following the success of Heartbeats, Grum started performing at some major festivals, such as EDC Las Vegas and Ultra. His second album, Human Touch, was scheduled to be released in 2013, but it got pushed back and to this day, has still not come out. However, Grum has released a number of successful singles from the album, including “In Love,” which made it to Number 35 in the Beatport Top 100 charts, and “The Theme,” which was Electro Single of the Month in Mixmag. Grum has since transitioned into more of the Trance world, with several songs released under the Anjuna record label.