‘Tis the season for tasty meals (Thanksgiving–yes please!) and even tastier beats. First, on Thanksgiving Eve, Sandra Collins graces the Barsmith rooftop. On Saturday, after you’ve got all your Black Friday shopping out of the way, Dirt Monkey with turn you on your head when he takes the stage at AURA alongside DMVU and SubDocta! 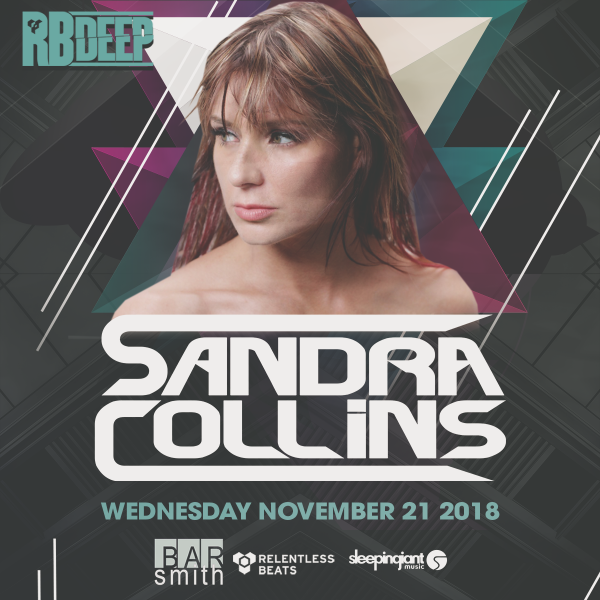 Sandra Collins’ in-demand DJing has kept her constantly globetrotting, everywhere from New Zealand to Romania to Mexico. What began as a humble interest morphed into serious business in the 90’s, when Sandra Collins emerged as one of the Los Angeles rave scene’s major players. After numerous awards, like Dancestar, US/UK, Bammie Awards, URB MAG Best artist and noted production releases like “Perfecto,” “Cream,” “Tranceport,” and “Hook Rec” Sandra is now, without question, one of the most recognized and beloved DJs in the business. 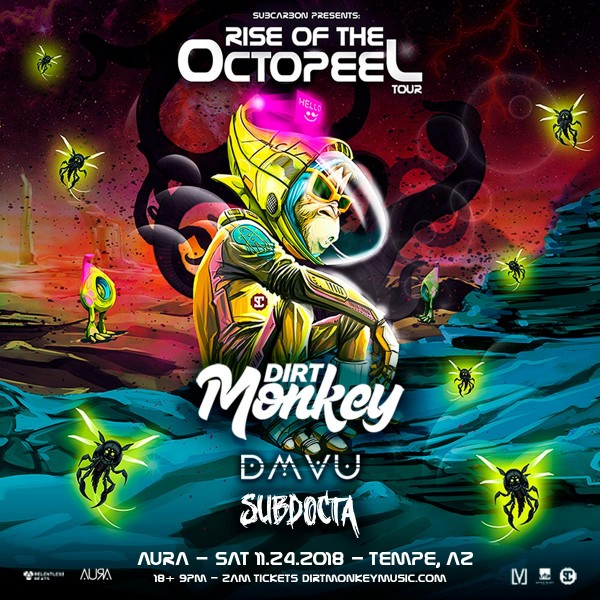 Dirt Monkey, aka Patrick Megeath, has carved his uplifting, bouncy, and unique sounds within the Denver, Colorado dubstep scene and has gained international acknowledgment with his punchy and playful sound design. In 2012, when the industry was just starting to get attention and artists were still trying to get their foot in the door, Dirt Monkey released “Intergalactic” an out-of-this-world collaboration with dubstep producer MSD. This song has become buried in Dirt Monkey’s extended discography but remains one of the best-hidden treasures from the artist. His tracks have gained support and captivated audiences via many pioneers, such as Skream, Rusko, Excision, A-Trak, Virtual Riot and more.