I Matched With Zedd on Tinder

There I was sitting at a traffic light left swiping away when I come across Zedd! With no hesitation, I swiped right and it was a match! Turns out it is another way the Russian- German producer is promoting his new album and nationwide tour True Colors. While Zedd won’t be inviting you over to his place to “watch a movie,” all Tinder matches do get the chance to listen to his new album and are automatically entered to win a limited edition True Colors package, complete with autographed vinyls and more! 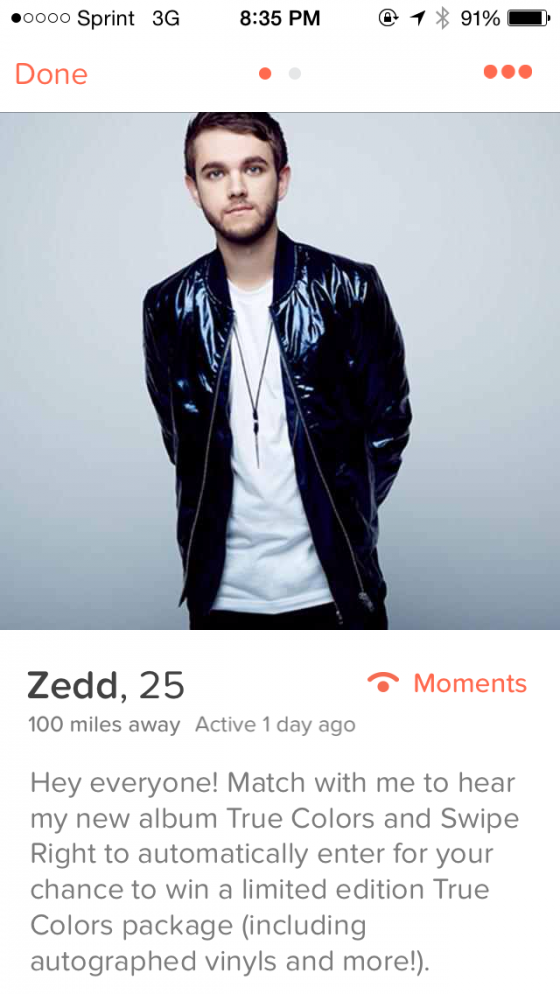 This isn’t the only way Zedd has been promoting True Colors and showing appreciation for his fans. First off, he announced his nationwide True Colors Tour Presented by T-Mobile, which will kick off in September and will be the first time he will have a big U.S. tour since 2013. Don’t you worry, Phoenicians! Zedd will be making a stop at the Mesa Amphitheatre on September 12th. 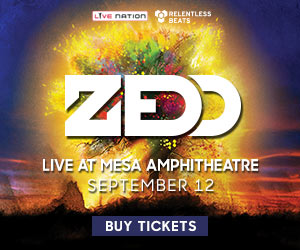 As if Tinder and a nationwide tour wasn’t enough, Zedd played a private show for a few lucky fans on top of the Empire State Building complete with a synchronized light show emanating from the famous New York City landmark. My question: What kind of strings do you have to pull to have a color coordinated light show emitting from the most renowned building on the NYC skyline?

OH, and you can’t forget Zedd’s trip to the Grand Canyon, where he loaded 50 fans into a fleet of private helicopters from Las Vegas to host a listening event. I don’t think there could be a more perfect setting for an album called True Colors than the Grand Canyon, how majestic! (Where was my invite, Zedd?) 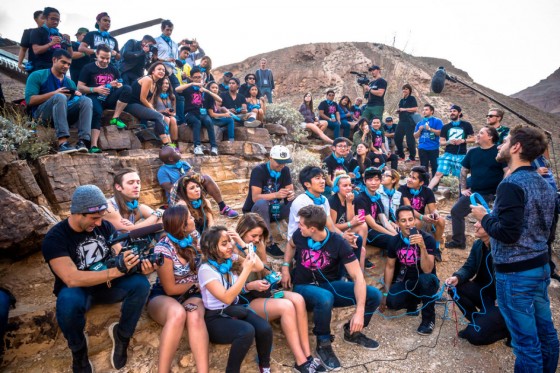 What will be the next promotional tactic Zedd takes to bring True Colors to the next level? Maybe a spin off of Bud Light’s Up for Whatever campaign or a True Color’s painting hanging in the Louvre? We will see!