ASU is a pretty wild school. When you put about 40,000 undergrads together and let them run wild, you can get some pretty crazy and often times very humorous results. From the ASU and U of A football rivalry (Go Devils!) and each side trying to continually talk ish to each other, to the weekends of crazy parties and no sleep, and all the way to even the students who really do seek the best education, ASU has got it all.

As we see EDM continually grow and the Arizona scene gets more and more attention, the general public becomes more accustomed to this lifestyle and the pop culture that is starting. ASU, being the massive school that it is, is hopping on that train and doing it with rather brilliant humor. Check out this photo below. 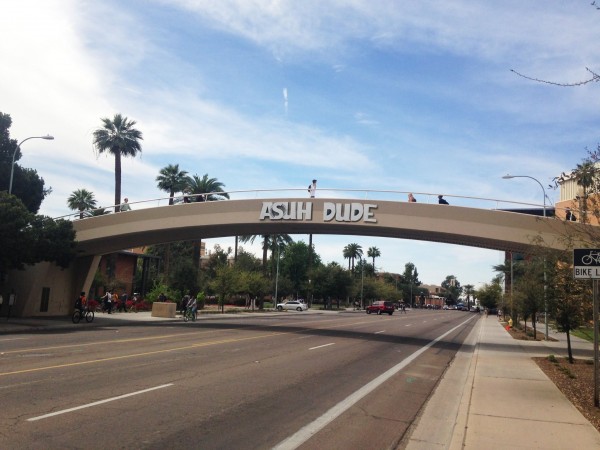 I wasn’t kidding at all. I hope everybody finds this as amazing as I do, because it’s absolutely wonderful! And it’s all oh so relevant given the announcement of Getter coming to play at Arizona’s very own native and local grown Dirty Disco by Hades Entertainment. Alongside the infamous producer credited for the pop culture joke “Suh Dude”, Herobust, Bryan Kearney, Dirty Audio, Freedom Fighters, Metrik, and Wasted Penguinz will be setting stage to play May 21st, 2016 at the Rawhide Rodeo Arena.

Back to the joke though, if you aren’t familiar with Getter and his humor (along with his bff, Nick Colletti), the two became “vine famous” with their short videos. Check out this compilation video if you don’t know what I’m talking about and witness what “Suh Dude” is all about.

If you want to know more about Dirty Disco check out the link right here. Additionally you can buy tickets right here.