Attending CRSSD Festival in San Diego was really more of an experiment for me than anything. I have never particularly been interested in the deep house or tech house scene, so to commit to a festival revolving around this sort of music (along with some other genres on the chill side of things) was really a risk for me as far as my levels of enjoyment would go. Sure, a festival on the luscious beaches of San Diego sounds like a dream; but, if you don’t enjoy the music, is it really possible to enjoy the festival?

I can confirm that the answer to this question is yes… but it goes even further than a simple yes. This festival allowed me to discover that the music isn’t all so bad either; in fact, it’s quite good. The vibe rate was off the chart in San Diego at CRSSD fest. I came to learn that artists like Jamie Jones, Claude Von Stroke, Tycho, Chet Faker, and many more, have one goal with their music, and that goal is to create a burgeoning atmosphere of chill-out, groovy, and easy-going vibes. Nothing hit too hard, nothing really drove you to rage, and nothing begged us to break our necks. The festival relied on this chill atmosphere, with the sunset and the ocean as a backdrop, to create an experience unlike anything you can find elsewhere. 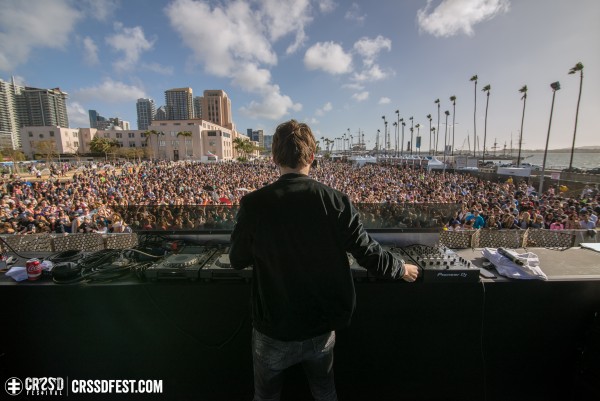 Highlights of the festival for myself included the premier of Oliver Heldens‘ alter ego, HI-LO, which can be read more about here. In addition, Tycho at sunset was one of the most breathtaking musical experiences I have had in quite some time. Claude Von Stroke killed it as always, finishing off the night by bringing out very special guest, Green Velvet, making their duo Get Real a reality, no pun intended. Finally, I discovered a new artist while at CRSSD in the form of Sam Gellaitry. He was a pleasant surprise because I felt that he brought something unique to the festival with his melodic, almost bass-sounding music, but still fit in perfectly with the vibe-y atmosphere.

The music aside, CRSSD festival had much and more to offer to attendees. Not only was the festival a deep house and tech house mecca, it also served as a beer and food festival, for all of the San Diegans and out-of-staters who have a sophisticated palette. With Stella Artois as the official beer sponsor of the festival, you know that from there good only gets better. With a full assortment of craft beers consisting of everything from lagers to stouts to ipas to fruity ciders, CRSSD was not messing around with the assortment of flavor it wanted us all to experience. A beer and the sunset never felt so good. 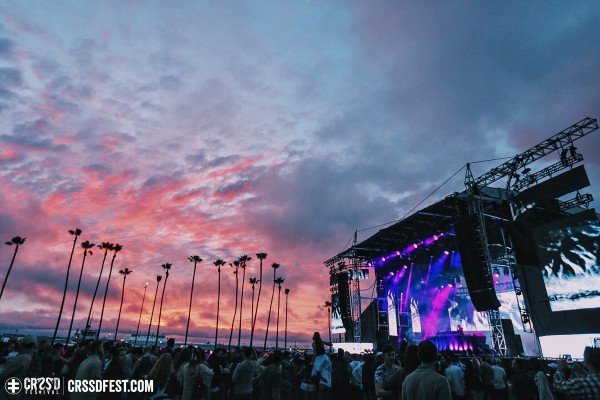 And the food was no different. I unfortunately did not get the opportunity to try any of the offerings up for grabs, but from walking around I could tell that the selection was vast. Sushi, burritos, sliders, noodles, just about anything you might be craving was on hand. I respect CRSSD for their delicacy in dining options, for I’m not much one to rely on eating over-crispy chicken tenders and fries dipped in ketchup for every meal of the day.

However, one thing that CRSSD was lacking was something to do outside of the music and the libations. With most festivals there are rides, or games, or some sort of alternative to take a break from the music for a while. CRSSD relies entirely on the music, which isn’t necessarily a bad thing, but for some may be a bit of a turn off. The fountains that were stage side were fun to play in, but you can only get so wet before you decide you’re not in the mood to be soggy for the rest of the day. 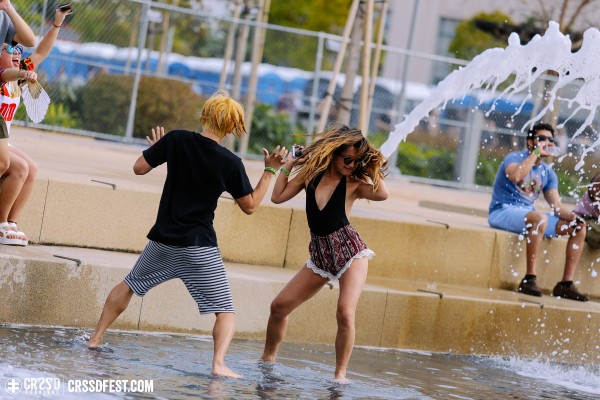 Although not an activity, I was very pleased with the water fill up stations and the charging stations, those were life savers multiple times throughout the two-days of music.

With all of this said and done, CRSSD was an experience I will never regret and won’t soon forget. I came to learn that different music fits into different niches, and that there is a time and a place for all types of music to be experienced and enjoyed. This was not the typical festival I would attend, but that doesn’t mean that it is any less of a festival. This is a place for you to kick back with your friends, enjoy a beer (or many beers), and let the music, the sun, and the water wash over you. Although it was lacking in activities, I believe that this is an oversight that we can brush past, because CRSSD is a destination and an experience in and of itself that doesn’t necessarily need any distraction from what it already has to offer. CRSSD Fest truly is a beautiful gem with the sunset shining through it.