It’s our final round of announcements for Arizona’s biggest single day event all year! Global Dance Festival has already seen a lot of attention all the way back when Bassnectar was announced back in March. Since then we’ve announced several more huge artists including names like Alison Wonderland, Datsik, Herobust, Nero, Valentino Khan, and many many more!

Today we bring you phase three of our announcements for Global and we can’t wait to see how you react, because we know it’s gonna blow your tops off! The new names for phase three we are dropping include Cedric Gervais, Gina Turner, Lee K, Mat Joe, Prok & Fitch! 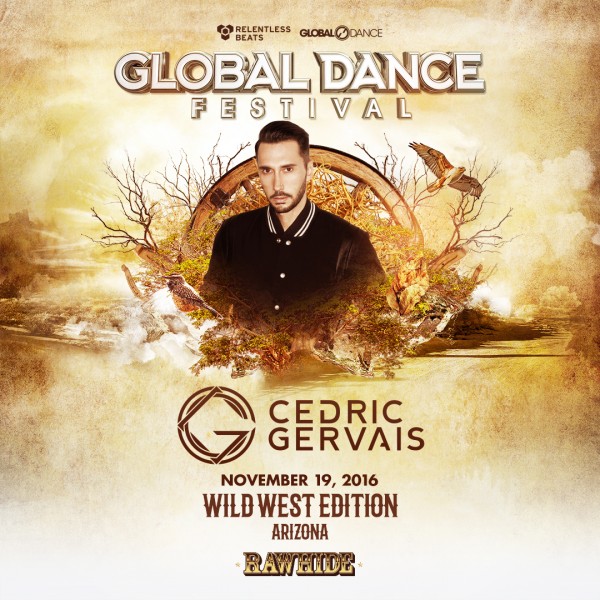 Cedric Gervais has had an extraordinary life. As a young teenager, Cedric, who is originally from Marseilles, headed to St Tropez. There he got a summer residency at the famed Papa Gaio club. He was only 14 years old, not even legally old enough to party with the people he played for. This quickly turned into a residency at Paris’ Queen club. Knowing the only path for him was music, Cedric pleaded with his father to take him out of school so he could concentrate on DJing. His father agreed, and, as is customary in France, went to the local courts to put Cedric’s case forward. Then at just 15 years old and not speaking any English he decided Paris wasn’t challenging him enough musically so he packed up and moved to Miami. This was at a time when an exciting movement within the club scene was happening in Miami; Big clubs were opening, the power of residencies were becoming ever more evident, Cedric saw this opportunity and jumped in.

If you aren’t familiar with Cedric Gervais and his music, it is definitely something you should take a look at. Unlike some house DJs who try to stick to their roots, Cedric really takes a stab at enveloping himself in every type of house music around today. From progressive, to electro, to even the more modernized bass house, Cedric does it all. Check his track “Like This” to see what some of his more modern music sounds like! 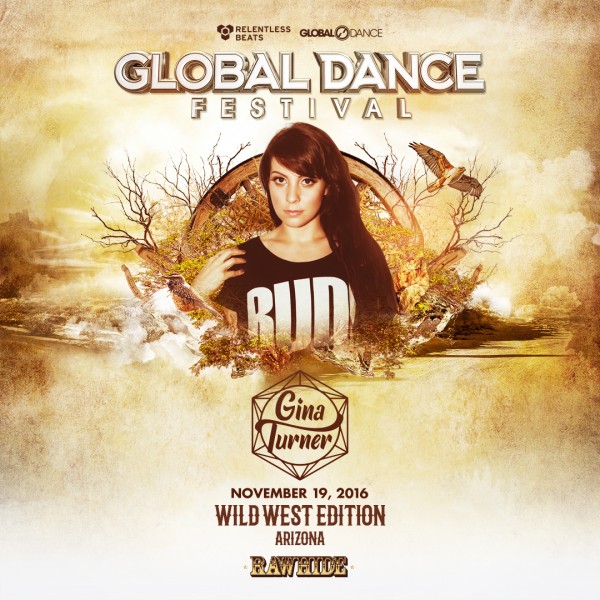 Originally hailing from New York, Gina Turner grew up with the NYC House sounds of clubs like Shelter and Sound Factory. Drawing inspiration from places such as these, she moved to Boston and gained her own radio shows on 88.9 WERS and
99.9 WECB. She soon became a staple in the Boston club scene and then in 2006 moved to Los Angeles. In LA she formed the DJ duo Staccato and continued with radio and club, and founded an afterhours movement called Major. Gina has extended her talents across the pond and has played in such cities as Oslo, Brighton, & Paris. She has caught the attention Laidback Luke, Zoo Brazil & many other european producers, and with that comes collaborations that are legendary.

Gina’s style could be described as more traditional or even maybe authentic DJing. The girl loves to stick to her roots and share what she has been about for years and years and years. Her latest track was called “Afterhours” and was a collaboration with Tony Quattro. While holding a more traditional style and structure to typical house music, this song goes deep, and probably deeper than most modernized songs out there currently. It’s definitely going to be something to look for out on the dance floor and most likely going to make you turn your head and wonder who’s bass is thumping harder than main stage right now. 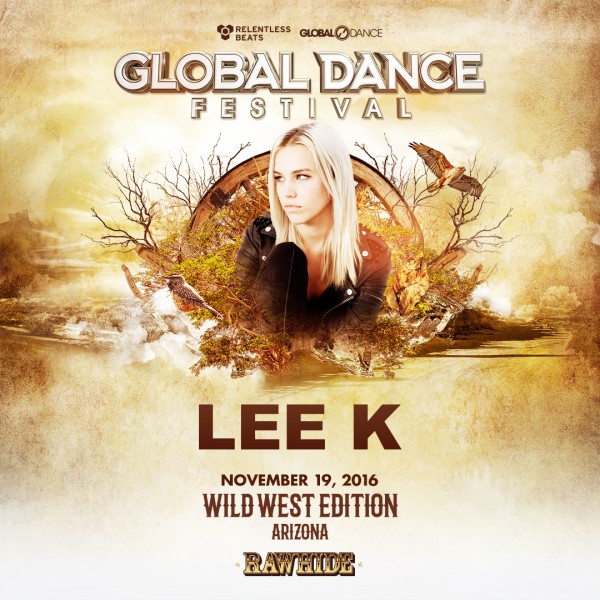 After an early exposure to 90’s dance music and discovering acts like The Prodigy and Aphex Twin, Lee K’s obsession with electronic music was seeded. A half decade later, with curiosity piqued by DJ culture and the rave scene, her focus soon shifted to the decks. Following a stint at the iconic and now shuttered Voyeur Nightclub, she landed her 2013/14 residency at San Diego’s “Bang Bang”. There she continues to cut her teeth as a major creative force behind the percolating FNGRS CRSSD brand, warming up the room for some of the most well respected names in house and techno including Pete Tong, Victor Calderone, Hobo, Eats Everything, MK and many more.

Lee K is another example of a female DJ who loves to bring the crowd in deeper. Sticking to a more traditional house style, whether tasked with opening the night or headlining, Lee K focuses on curating a vibe. Born of the dance floor, she carefully selects tracks from deep to techno all sharing one common thread: groove, dynamic percussion and driving basslines. Check out her mix in the player above to see how she throws down her thumping four on the floors! 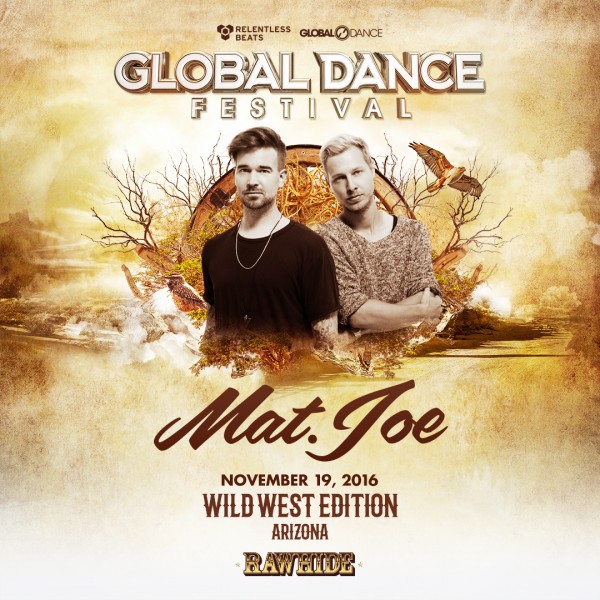 Matze and Johannes, two young men with a Hip Hop and House affection conquering Berlin. Their productions come to life in a Neukölln backyard where studio equipment and DJ decks meet desiccated plants. A natural development when music has become the top priority from dusk till dawn. Back in 2006, Rap, Breakdance and Skateboarding were the passions that made them best buddies and this deep connection is reflected in their music, again and again. In 2008, they formed the producer team Two manics and concentrated on authentic and credible hip hop productions for independent artists. Originally from Hannover, they moved to Berlin for new artistic challenges and after MySpace, mixtapes and MDMA, Mat.Joe have found their own style: crispy House beats paired with rhythmic Soul and Hip Hop elements. The result is deep and dancefloor-qualified, warm and rough.

Just a couple of weeks ago they posted a brand new, high-quality mixtape titled “Crispy Urban Beats”, a perfect title for their fusion of hip-hop/house infused music. Inspiration is found everywhere between subway rides, late night showers and favorite bars. New ideas are kept manically on every smartphone nearby. This is sound autism at the highest stage. Mat.Joe’s love for music and the ambition to improve are the main ingredients that keep the engine running. 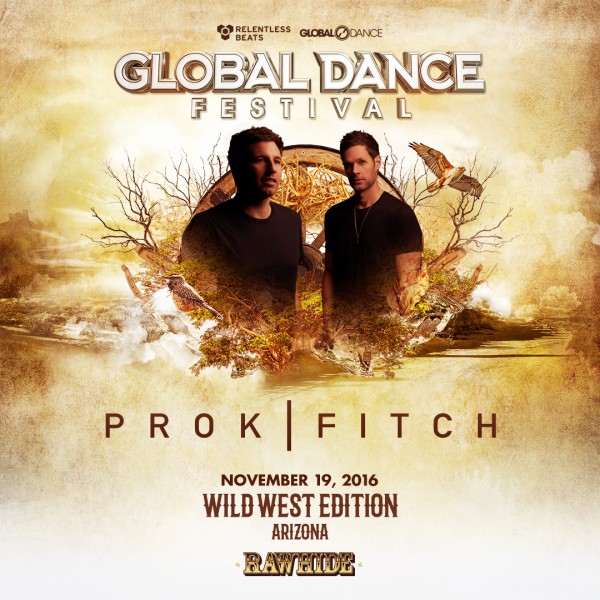 Ben Prok & James Fitch are one of the most exciting and acclaimed DJ/production duos in House music today. With their original tracks this year seemingly ubiquitous across Beatport charts and clubland alike, their rise to success has been swift and unrepentant. Staying current whilst building year-on-year in today’s music climate takes diversity, focus and raw talent, something that has earned Prok & Fitch the right to join a prestigious list of electronic music household names hailing from the UK’s hedonistic city of Brighton.

Their latest EP “Double Vision” was just released a little over a month ago and has been having people’s jaws drop. Featuring two tracks “Double Vision” and “Pitch Roll“, both track have crisp percussion, intense build ups, and hard hitting drops that will surely have you shuffling your feet in a matter of seconds. Once again sticking to a more traditional house style, these songs go deeper than you could imagine.

I think its safe to say that this year’s Global Dance Festival is a massive one! Stay tuned because we still haven’t even gone through our local artists yet and who will win our Relentless Beats DJ Competition! If you want, tickets can be bought right here and don’t forget to follow all of these artists on Social Media to stay up to date with new music and news!