Sacha Robotti (no stage name, that’s the real deal), is one of the fastest rising stars in the tech house realm. The German DJ developed a love for music at an early age and now he’s producing at a level well beyond his years. He released his first single in 2010 and joined the famed Dirtybird label in 2012. His smile is as infectious as his beats and his unique, innovative sound has created a subgenre of its own. As a key member of the Dirtybird fam, Sacha knows how to start a party and keep it going all night long! He’s played at major festivals across the country such as Lightning in a Bottle, EDC, Coachella, and Burning Man just to name a few and now he’s taking his headlining tour, the ‘SlothAcid Tour’, on the road. I was able to chat with Sacha at Nocturnal Wonderland this past weekend ahead of his tour stop in Phoenix this fall. 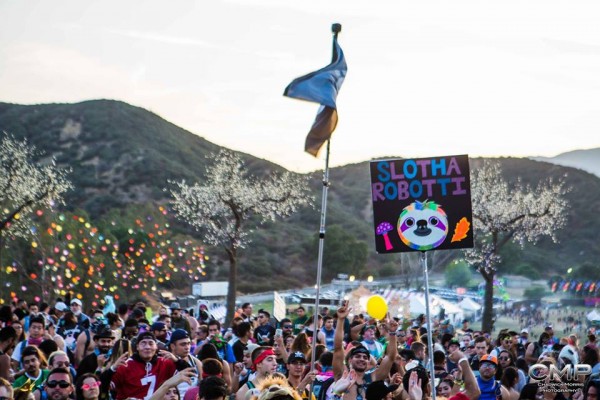 It’s been about two years since you moved to Los Angeles. What’s been the biggest difference between Berlin and California?

In the club scene? I’d say the parties end a little earlier here. Over there they go much longer. For example, I just played an hour and fifteen minute set, over there I would play three hours, four hours. I’m finishing at 6 am. There’s no closing or curfew, we just go. But the vibes are still good here. That’s been the biggest difference to me.

You’ve put out six new tunes already this year, including your first solo EP, Melato Nina, on Dirtybird. What was the inspiration behind that album and can fans expect any more new music before the year ends?

I’m definitely still working on music. When I’m not on tour I’m in the studio working on new things. As far as the inspiration for this EP it was life in California and the transition between Berlin and LA. Life has a way of affecting the creation process, so the answer is in the music.

You’ve been rocking and flocking with Dirtybird for the past five years and it’s been great, but where do you see yourself five years from now?

We can’t wait to have the SlothAcid Tour in Phoenix on November 4th! What do you have in store for your fans here?

If anybody comes to my show in a sloth onesie I’ll buy them drinks! Everybody is welcome!

In a recent press release, Sacha said, “Sloths are an endangered species and are friendly, chill creatures who like to sleep a lot and seem to live happily in the moment—qualities I can relate to, especially today in our performance-driven society. The legend goes that magic sloth candy blew minds during my set at Desert Hearts Festival 2017, after which I started using the term ‘SlothAcid’ to describe the style of electronic music that I like to play out at festivals and clubs: a mix of groovy, emotional, weird, psychedelic music with tough beats that hopefully will take you on a journey through spacetime.” 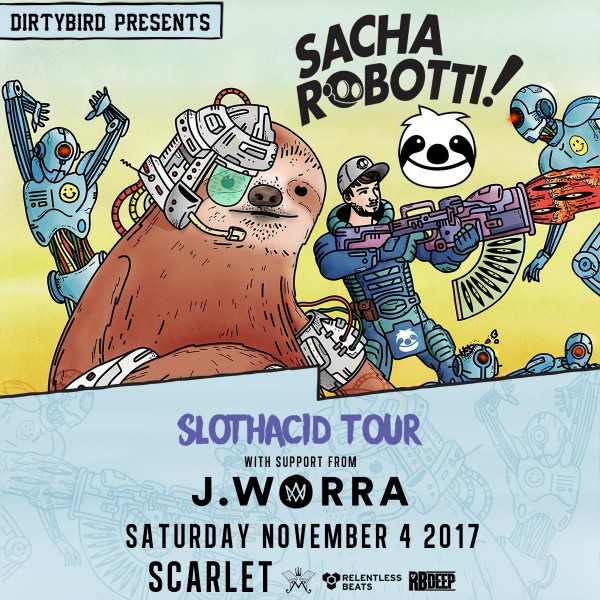