Rezz Rocks Was a Certain Kind of Magic

On October 13, Red Rocks Amphitheater filled with thousands of souls trembling with excitement and waiting to be snatched from their bodies. I was lucky enough to be one of those souls, and let me say that Rezz‘s Red Rocks show for her Certain Kind of Magic Tour was the most riveting and perfectly-orchestrated show I’ve ever seen. With unreleased tracks dropped like bass bombs, striking new visuals, and the largest screen Red Rocks has ever seen, Rezz Rocks was truly a spooky night to behold. 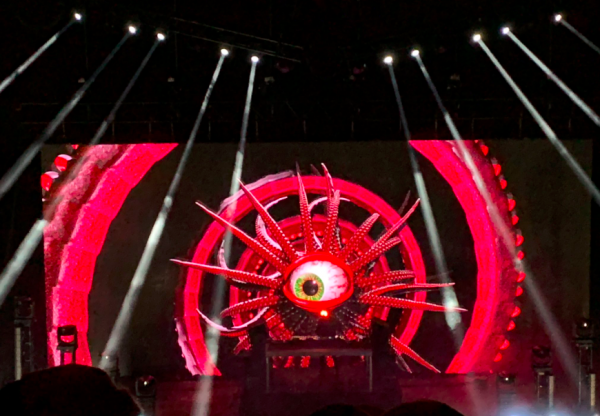 From the moment she walked on stage and switched those hypnotic glasses on, we were under her spell. There was a different energy to Rezz Rocks than any other Rezz show I’ve been to; witnessing Rezz and everything she created for this show felt partly like a sinister magic show and partly like deep wub demons being summoned from the depths. This wasn’t just an electronic music performance, this was a show, and Rezz delivered. Isabelle lifted and swayed her arms like she was conducting the orchestra from hell, shimmied side to side with the wubs, and got down to her music with the rest of us. The trippiest part of her dance moves, though, was when she mimicked the animated version of herself that was behind her on the big screen. 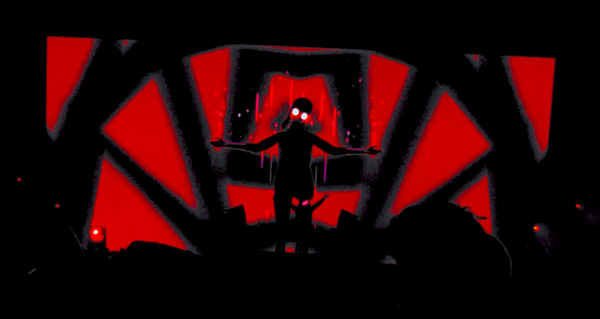 I heard both unreleased and old original tracks from Rezz during her show, including a collaboration with Blanke and one of her first big tracks, “Silent Hill.” Towards the end of her set, she played “Toxin,” followed by “Melancholy,” two of her vibiest tracks to date. That was a magical moment in itself–the snow blowing in flurries above us sliced through the lasers for a breath-taking effect. Before we knew it, she had played her encore, and then it was over. We were left void of our souls but satiated with space bass.

Rezz isn’t just an incredibly talented and original producer of her dark art. She’s the dedicated leader of her Cult and the reason so many special souls have found each other in this universe. Her music and her spirit are something we treasure always, and Rezz Rocks was an unforgettable night to celebrate her and what she’s done for us. We’ll see you next year for the a reunion at Red Rocks!

If you weren’t lucky enough to witness the magic at Red Rocks, Rezz will be casting her spell again at Decadence this year. Get your tickets now!