It’s been almost a month since the duo behind the iconic Deadbeats label, Zeds Dead, made the announcement of their brand new label, Altered States. To add even more excitement to the mix, they also announced the release of the label’s first mixtape, Catching Z’s, which finally out. Featuring 13 brand new original tracks from Zeds Dead themselves, Catching Z’s sets Altered States off on just the right foot.

The mixtape opens with “when i die i’mma come back” and “exit row,” both peaceful yet enthralling, showcasing Zeds Dead’s proven versatility in sound. With vocals by Elliot Moss, “lost birds” is a spellbinding mix of raw vocal sincerity and production prowess, followed by “phuket sunrise,” a downtempo track with an exciting breakbeat boost in the second half, energetically feeding into “get what you need,” another impressive display of Zeds Dead’s production skill.

“time is an illusion,” is an other-worldly track that transports listeners to another, more tranquil, realm. “i think you’re cool,” highlights the hypnotizing vocals of Jenna Pemkowski, while we get a bit wonkier in “desert fractal,” featuring chilled out worldly beats. “late night drive,” a single we’ve been blessed with already, uses chilling chord progressions combined with sweeping 808s. Clocking in at just under a minute, “forever alone” is a haunting segue into “don’t close your eyes,” another bone-chilling display of downtempo. Closing out the mixtape is “over and over” and “93 ’til now,” two booming tracks that leave a lasting impression, as well as a taste of what is yet to come from Altered States. 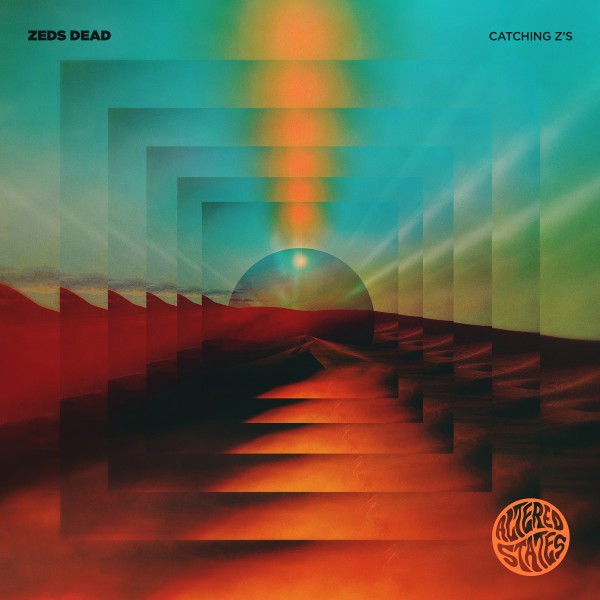 With more to come throughout the course of 2021 and beyond, Catching Z’s is the exciting first look into Zeds Dead’s Altered States.