Even though he no longer lives in the country, it’s hard to imagine what London’s musical landscape would look like without the influence of Scuba, born Paul Rose. The Hotflush label head, DJ, producer and promoter cut his teeth with jungle and techno equally in London, eventually becoming involved with local pirate radio and some of the formative club nights in dubstep. Rose and his label’s early activity in the London scene led to a long-standing association with the genre, but he quickly proved versatile as his own productions (and Hotflush releases) began to extend into the wider realm of electronic music.

Bar Smith is a longstanding fixture for house music in the valley. Located in Downtown Phoenix on Washington Street light rail path, Bar Smith has hosted the valley’s longest running house night Solstice for nearly a decade.
RSVP to the event on Facebook and buy tickets with the links above.

For reservations information, email vip@relentlessbeats.com. Join our text list by filling out the form in the upper right of this page or texting RBVIP to 545-454.

In 2003 when Paul Rose was sitting in his bedroom in north London stuffing promos into envelopes little did he know that a decade later his label would be regarded as one of those most important labels in UK electronic music. Rose – better known … Read More 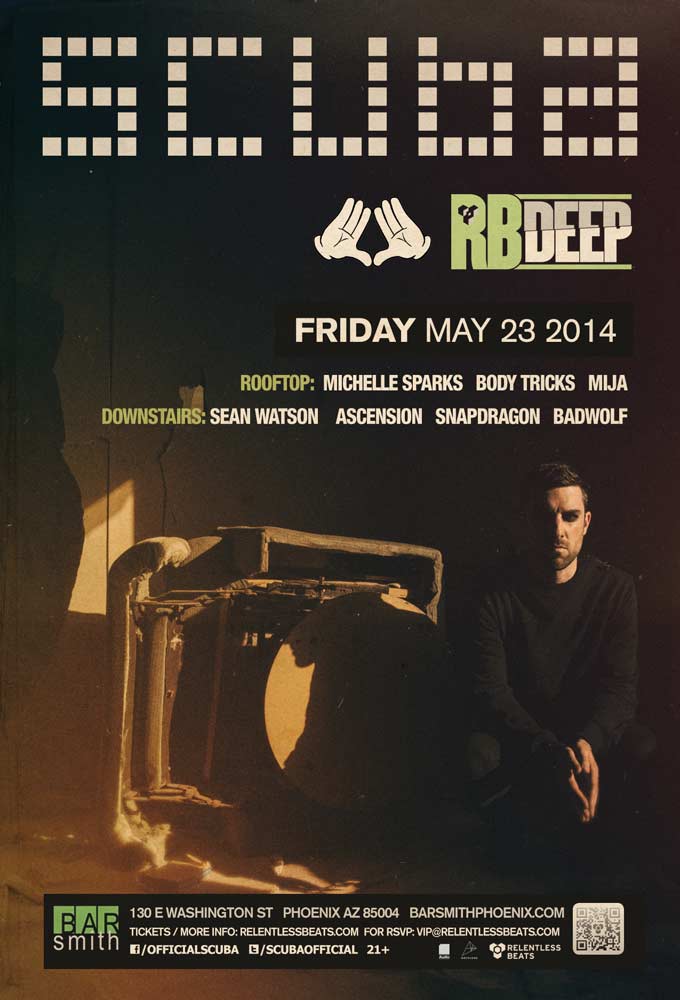