Few acts have the innovative color and diverse repertoire of Party Favor, one of the fastest rising names in Dance Music. His edgy style helped pioneer the festival trap genre, exhilarating audiences and turning heads across the globe. Party Favor, AKA Dylan Ragland, has created … Read More

When the two worlds of electronic music DJs/producers Kenny Beats (aka Kenneth Blume) and Ryan Marks collided in 2009, something magical happened. This dynamic duo is best known as LOUDPVCK. They met at the Berklee College of Music (Boston, MA), started producing tracks together, dropped ‘em … Read More

SAYMYNAME hails from the greater Los Angeles area, also better known as Dayvid Lundie-Sherman. He grew up in a musical family influenced by many genres of music including hiphop as his father DJ'd for a hobby. Dayvid went on to graduate from Chapman University with … Read More

JSTJR's music is best represented by imagery and emotion rather than derivative subgenres and labels. Walk into the most thumping nightclubs and sweaty, wall-shaking basements from Lisbon to Los Angeles to Lima and you'll understand the 24-year-old producer's global sound that has earned him official … Read More 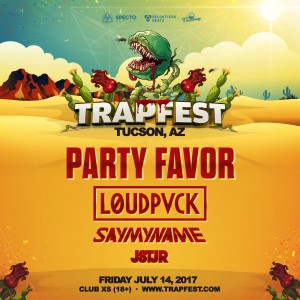