Ryan Marks and Kenny Beats came together to create LOUDPVCK in 2009, and have been destroying the scene ever since. The two create an upbeat and uniquer brand of bass music incorporating all sorts of unusual sounds. They’ve grown immensely over the years and have collaborated with names like NGHTMRE, 12th Planet, Zeds Dead, and remixed tracks like Major Lazer‘s ‘Be Together,’ Minxx and Brillz‘s ‘Hawt,’ and for their most recent release they’ve taken on The Chainsmokers newest track, ‘Paris.’

LOUDPVCK’s tweet’s are always enthusiastic, funny and in all caps. They’ve shared some tweets with their fans about the remix over their past few days, and now it’s finally here! 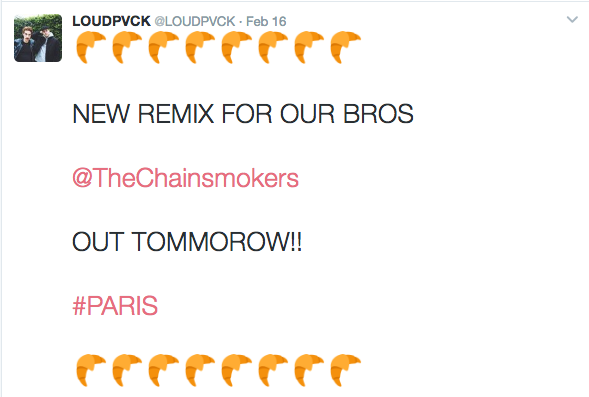 The remix is a part of ‘Paris”s remix EP which also encludes remixes by Pegboard Nerds, VINAI, Jewelz & Sparks, Party Thieves and FKYA.

As many other bass artists have been doing lately, LOUDPVCK takes a dip into the future bass pool with their new remix. But that doesn’t mean it’s anywhere near basic. It starts off slow and melodic followed by a laid back future bass drop.

Some fans have tweeted about their disappointment due to LOUDPVCK’s genre experimentation, but they replied saying that they have two more tracks coming soon that will cure that disappointment. 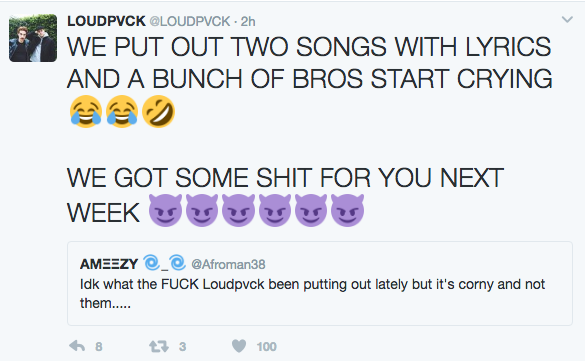 Stay tuned for more new music from LOUDPVCK and make sure to catch their set at Phoenix Lights Festival coming in April.