We’re bringing talent to music lovers across the entire southwest region this weekend. Starting in the heart of downtown Phoenix on Thursday we’ve got Megalodon and Tisoki. Ghastly is proving to truly be the ghost with the most, playing three shows this weekend! First, in Albuquerque, NM on Thursday, followed by a performance in Tucson on Friday and finally, returning home to Phoenix on Saturday night. Matt Lange hits the Bar Smith rooftop Friday night and Carnage is taking over the TSR pool Saturday. Sunday Funday will be spent in Tempe with Jack Beats and Born Dirty. 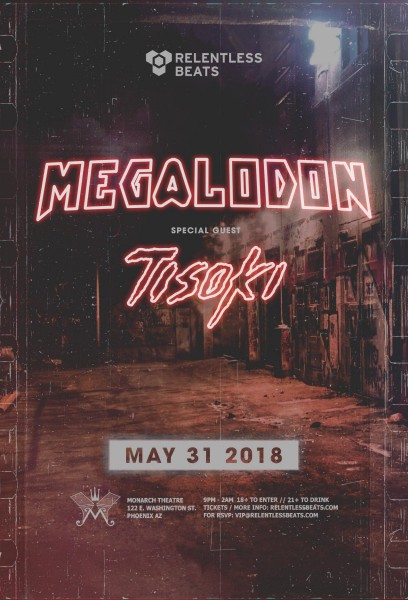 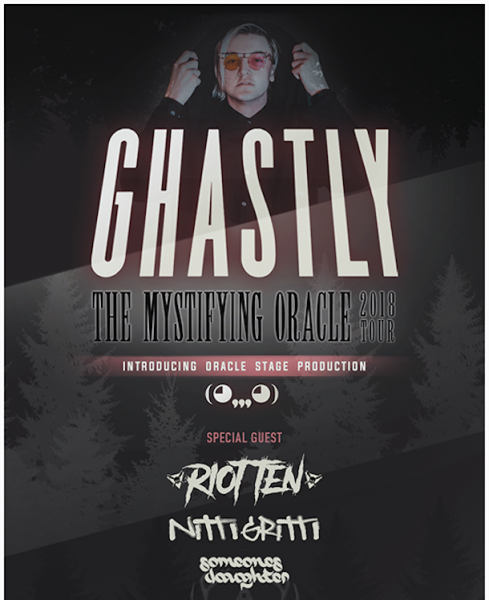 David Lee Crow, who you more likely know as Ghastly, was born and raised on a goat farm down in Buckeye, Arizona. After struggling for a bit to make it in the industry, Ghastly met fellow local artist Mija at a show, where they discussed a potential collaboration. They wrote the song “Crank It” and Mija sent it to Skrillex, the founder of OWSLA, who then invited the pair to Burning Man with him, and signed Ghastly on his record label. From there, his career took off. After releasing a slew of both remixes and original music, he began booking festival gigs and climbing the charts. He has since relocated to Venice Beach, allowing him to launch his career as a DJ and producer, creating some of our favorite tunes. 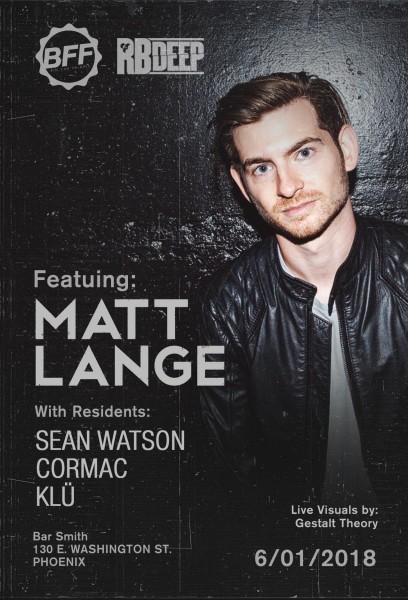 Los Angeles-based producer/composer/DJ Matt Lange delivers a darkly melodic breed of electronic music rooted in raw energy and emotion. Hand-selected by Deadmau5 as one of the most unique artists to sign to his label mau5trap; the lifelong musician now has coined his own genre, Langecore, and creates some of today’s most meticulously crafted sounds and sets. In today’s deeply saturated market of producers, it’s common to feel like we’re hearing carbon copies of one song after the next, but when Lange comes through the shuffle, it sparks a double take. Drawing inspiration from his younger days in a boys’ choir and time spent strumming the lead guitar in a metal band, you can feel his influences stem from much more than past producers. His music has soul, acute attention to detail, and quality of enchantingness that demands to be felt in a dark strobe-light club. 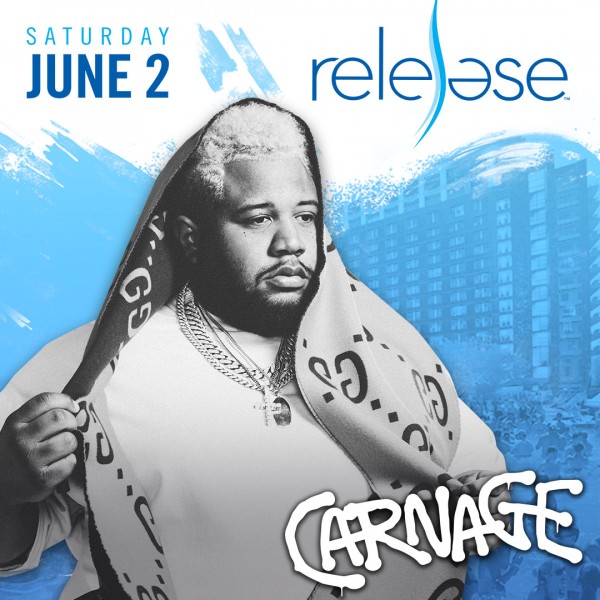 Born Diamante Blackmon, Carnage became a top-of-the-mind musician and producer back in 2012. Carnage began his music career in his bedroom, and after the release of a couple trending remixes and originals he took his talents to recording studios and stages all over the world. Tracks like “Loaded” with G-Eazy and his remix or Harwell’s “Spaceman” put him on the map and he solidified him as a reputable rapper, producer, and DJ. Today, Carnage can be found making crowds go wild at some of the most coveted stages in the world like Tomorrowland and EDC. He also frequents Las Vegas where he has a residency at the Marquee night and day club. Carnage is one of those acts that engages the crowd and relentlessly drops banger after banger-come prepared with energy because as his name suggests, a carnage set kills. He recently released Battered Bruised & Bloody, which has already garnered tens of millions of streams on Spotify alone. 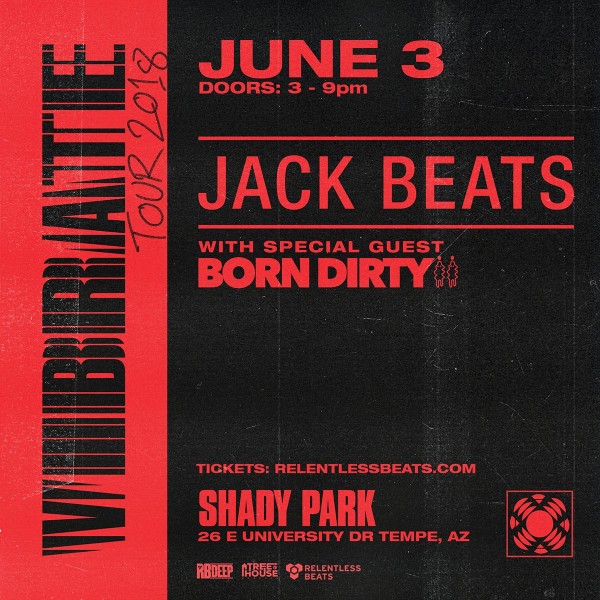 Naill Dailly and Ben Geffin put the “Jack” in Jack Beats for they are the jack of all trades when it comes to producing. Since the duo’s formation in 2007, the two have laughed in the face of genre limitations and often use every sound on the spectrum to create music the is truly unique and irrepressible. Just recently, Jack Beats dropped an EP and tour announcement that is sure to shake things up. Vibrate is coming full force in the form of a US tour, song, and EP, bringing some fresh perspective to the house of bass.

Joining them will be Born Dirty. Their DJ name is relatable and their music is innovative. Son of Kick and Linden Jay, better know as Born Dirty, are the next best thing in Hip-hop, Techno, and House. For an up and coming duo, these two have acquired quite a list of brag-worthy accomplishments. They hold the champion title of Best Direction Award at Clipped at Music Video Festival in 2016 for their Butter music video directed by ‘Matt Devine’.  On the live show side of things, Born Dirty has stormed the stage of Insomniac’s Nocturnal Wonderland, traipsed around euro club scene, and are scheduled to play Holy Ship this next year.