The feel-good fellas that everyone knows, Louis the Child, have stolen the hearts of people all over the world. The Chicago duo made up of  Robert Hauldren and Frederic Kennett hopscotched into the scene back in 2012 and have since created some of the most noted EDM anthems in the book. From their whimsical and chart-topping track “Better Not” with Wafia and their Friday-Sunday anthem, “Weekend,” it’s as if they can do no wrong.

The crowned boys are no strangers to the Arizona scene. From Decadence 2018 to this past weekend at Goldrush, this desert of ours was been painted in vibrant shades of good vibes. Their presence this past weekend brought some much-needed innocence and purity to the wild west. Right before they skipped off to the Golden Gorge, I sat down with them to talk tours, fans clubs, and more. 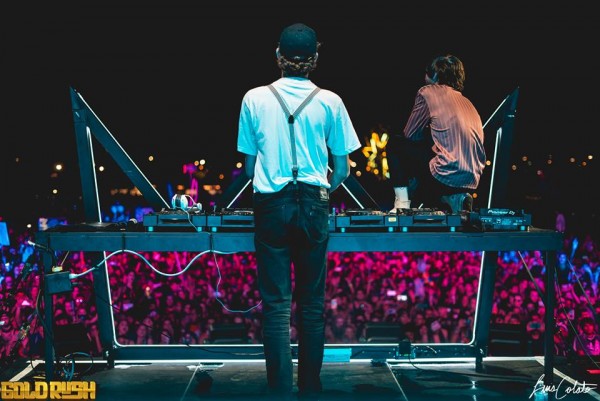 Being here at Goldrush, seeing all this gold, it brings me back to 2014 when you guys released your remix on Oh Wonder’s “Body Gold.” This month is the 4 year anniversary of the song. What distinct memories come up when you guys here this song?

Freddy: I definitely remember hearing it in the hallways of high school listening to the rough draft on my iPhone as I was walking to class and figuring out what mixes of the song I liked. I also just saw remember all the times we played it. This song brings me back to when we opened for Skrillex for the first time At Navy Pier. That was such a cool moment for us to open for Skrillex, that was such an honor for us so early in our careers. I really just like the feeling of that one, it just makes me feel good.

Whenever I hear this song I think of your guys’ B&L Double Cross set in 2015, that was your Soundcloud set debut right?

Robby: That might’ve been the first ever show recorded. We really hadn’t played that many shows up until that point.

How have your sets changed since that one?

Freddy: We have a lot more of our own music and playing a lot less of others peoples music basically the goal. We really honed in on our vibe Of the show we want to give And the whole dynamic of our performance from start to finish Weaving through different energies

Robby: We’ve also made a lot of new remixes. For instance, the version of body golds you’re talking about is in the version of a body cold will be playing tonight we actually sometimes Remix the song twice. We like to get a fan something new when they come to a show. It’s cool for them to still be able to sing along but it’s new and exciting.

And look at you guys now! Your music is selling Nissans on national television and you’re getting ready to take on another headline tour. How will the Dear Sense tour differ from the Last to Leave tour? 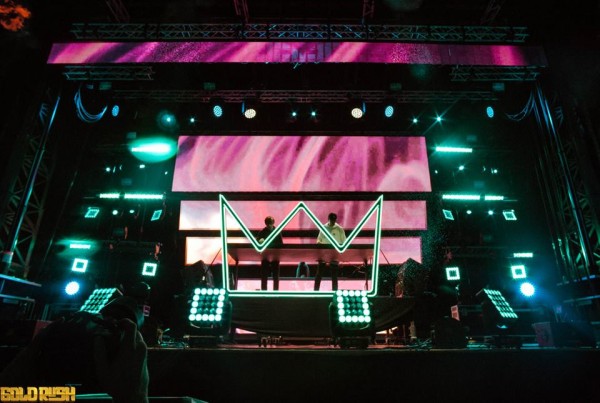 So speaking of huge milestones I want to talk about this fan club that was recently created in your honor. I feel like this is an epic accomplishment. How’d it feel to have that pop up in your notifications?

Robby: It’s just cool that all our fans can connect and have a space where they can share their memories about us and our shows.

I see you guys are pretty active in there. What are some of the best things you’ve seen there so far?

Robby: The proposals are pretty cool. And the tats.

I thought it would be fun to extend this interview with other fan club members. I asked people to drop me their questions and I pulled a couple.

Aleyah from Newburgh, Indiana asked if there’s any particular reason why you Robbie don’t wear shoes when you play shows sometimes

Robby: It started because every so often when I play I kick them off and be like oh well this is comfortable. Honestly, no one else no one ever practice is producing with their shoes on. Then what really inspired me was when I went and saw tame impala and Kevin Parker the singer of Tame Impala And he came out barefoot and just as a fan that felt really cool and really authentic. I just like to sing a dude who was really comfortable being on stage.

Denise from San Jose, California asked who you both would like to collaborate with in the future.

Evan from Tucson, Arizona wants to know how you guys’ are feeling about the AZ scene?

Freddy: “I feel like the crowds out here always get really into it.”

Robby: “I’m excited to hopefully play some more headline shows here. Most the time when we come to Arizona it’s for festivals but really like to have something on our own.”

I’m sure you’ve noticed our tagline for this weekend is #canyoudigit. I know our readers would to know the top 5 things you guys are digging right now. It can be artists, fashion, food, charitable organizations or whatever.

Robby: Fashion-wise we are really into colors right now. Anything weird, anything bright anything colorful.