RB Exclusive Interview: Anjunadeep’s Yotto Discusses His Essential Tunes and Growing Up Around Music + His Latest Track “The Owls”

Following an incredible day 1 set from Yotto, which would be followed by a more intimate set deep in the woods of Electric Forest, we got to sit down and speak with Anjunadeep record master, Yotto. Known as Otto to those close to him, this Finnish producer got his start at a young age, crafting beats with pianos and synthesizers by age 12.

This translated well for the young producer, borrowing influence from huge house names like Kevin Saunderson, The Chemical Brothers, Cajmere, and many others, who was initially discovered by everyone’s favorite trance trio, Above & Beyond. After a friendship blossomed between himself and Pierce Fulton, releasing his remix to the hit track “Kuaga” in 2014, Yotto began releasing music via Anjunadeep.

Since, Yotto has released massive tracks including 4 Essential Tunes via BBC Radio 1. Among these is his newest release, “The Owls,” a track which features a dark slow-burn intro guiding us into an eclectic mix of sharp rhythm and pulsating beats, progressively insisting that we devote the entirety of our being to the music.

Check out our chat with Yotto below, and make sure to snag your copy of “The Owls” here!

We are here with Yotto at Electric Forest, this is your first time playing the festival… How’s it been for you so far?

It’s beautiful. I’ve been loving it here. We had our own stage with the record label [Anjuna] yesterday and that went very well. Other than that it’s very impressive just to walk around here and check out all the lights in the forest.

Yes, I played one yesterday and then I’m doing a smaller set tomorrow deep in the forest. 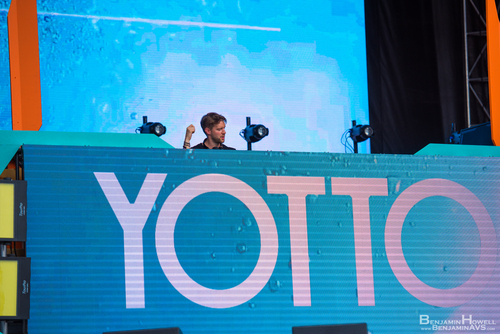 Playing two sets, how do you diversify the two from one another? What is your goal with one as opposed to the other?

The one from yesterday [Tripolee Stage] was a longer set and a bigger stage, so I’ll play some of the bigger tracks. Tomorrow will be more about just partying and having fun and playing whatever fits the area.

Very nice! So you grew up in a house full of music. How did growing up always surrounded by music inspire you to make your own and were there any negatives to having music around you constantly?

Noooo, I think that it’s all positive. Its very inspiring to have family that is all into music and to have music around you. It can end up being like a sensory overload, but its all positive so that’s probably why I ended up doing this *laughs*

What kind of music did you listen to growing up?

Mostly the stuff that was just playing in the house before I was sort of able to come up with my own taste. It was what my mom and dad used to play; a lot of Pink Floyd, classic rock, disco, and that kind of stuff. Then I just ended up finding electronic music by accident.

And some of your other interests you have said include Moby, Iron Maiden, Royksopp, Sasha; this is a pretty diverse group of artists. How do you incorporate all of these different styles into the creation of your own?

I don’t really think about them when I’m making the music. They’ve just all made stuff that has kind of rubbed into me over the years and it’s just a bunch of weird influences that I try to put into dance music form.

With that said, how did you end up on Anjuna?

It started with the solo project a couple of years ago. I did a remix for a Super 8 & Tab track , which led to them asking me to do a mixtape, and yeah, the mixtape was filled with my own tracks and they ended up signing all the tracks from the mixtape. I’ve been working with them ever since.

And you have some more exciting news coming from Anjuna, right?

Yeah! I have a trilogy of singles coming out this summer each of them coming out one after the other: one in July, one in August, and one in September, starting next Friday [July 1st].

You use the word trilogy, does that mean that they all relate somehow?

Not really, its more like we just wanted to put out three really strong tracks close together.

Another one of your many feats is that you have been featured as the Essential Tune a number of times on BBC Radio. How did it feel the first time you got that news that your track would premiere as the essential tune?

Oh yeah, that was like a lifelong kind of bucket list thing! That was amazing. We just had the fourth one actually, just today actually. It was something I always dreamed about listening to the show as a kid.

Also, you have your Mau5trap vs. Pryda stage appearance at Tomorrowland. How do you prep for something as big as this?

Ahhhh, yeah *laughs* I guess I’m just going to go do my thing and try to get some new exclusive records and just to the best I can. It should be a super fun stage to play and I am very excited about it! 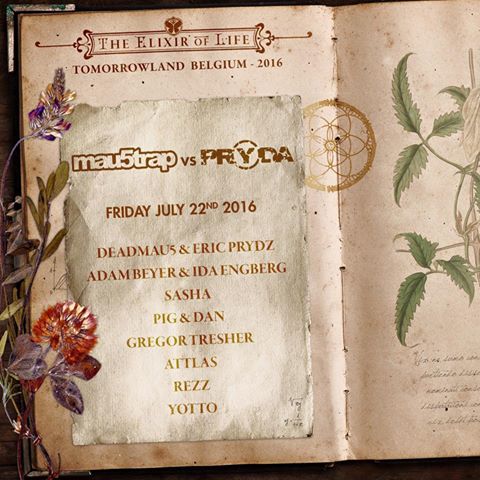 Ending up on that particular stage, does that maybe hint that you’ll cross over to do some releases on Mau5trap or Pryda?

Not likely, not yet anyway… who knows what’s going to happen really? But as of now, nothing in the works with them.

As our closer, do you have any advice for future producers that would like to be in your shoes?

I’d say just enjoy life, and try to have a life apart from your computer. Get as many influences as you can and make music that you really like as opposed to what you think everyone else likes. That’s probably the best advice that I can give.