Rapping sensation Ugly God has been making major moves since releasing “Water” in 2016. Over the last year he’s made his presence known, producing some of the most creative, versatile, and often times vulgar, tracks around. In turn, he’s gained major recognition within the industry, collecting hundreds of millions of views across streaming platforms. Whether you’re screaming “F*ck Ugly God” or “Thanks Ugly God,” you know his name, and he’s not slowing down anytime soon. I had the chance to talk to Ugly God shortly before his lively set at Goldrush Music Festival. Check it out! 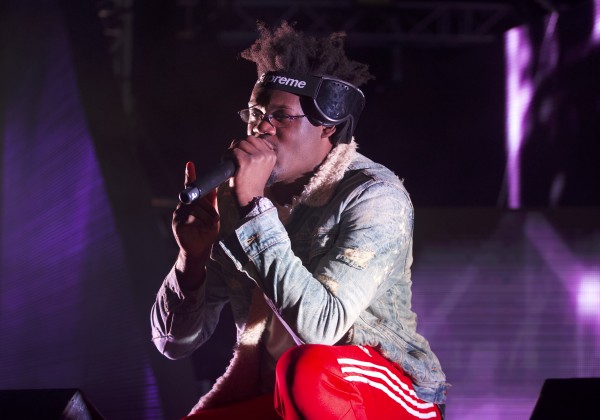 Let’s talk about ‘The Booty Tape’.. not a mixtape, not quite an album, but definitely one of my favorite collections put out this year. How have things changed for you since it’s release a few months ago?

So, I tried to connect with my fans in a different way, expressing my emotions and telling them how I feel, and then when I put out The Booty Tape I just realized all they really wanted was new music, that’s what it’s about, and everyone was happy. I’m happy.

A lot of these, let’s call them “new age rappers” such as yourself, who are coming up through SoundCloud, YouTube and other forms of social media get a lot of mixed reviews, and sometimes some bad press. You seem so real though, and more importantly self-aware. Instead of bragging about your success and the things you have, you make banging self-diss tracks, ya know? How do you think your humble personality has helped move your career?

I don’t know if it’s really helped my career, but it’s definitely made it easier for me. What I do, what I show and what I put out is not a front or an act. I’m not going out of my way to act a certain way so I never have to worry about slipping up, or get caught not acting a certain way, ya know? I’m genuine and they get genuine. 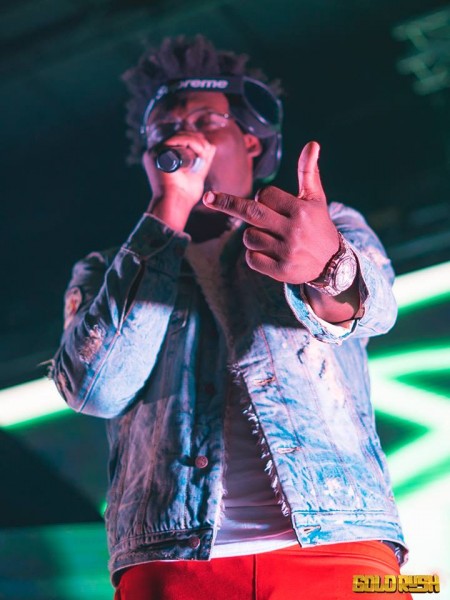 I keep seeing that new music is on the way. Anything you can tell us about? Dates? Collabs?

There’s a ton of new music coming! It will have collabs on it and as far as release date.. next year, at the beginning of the year, I have a big tour coming up. I think it starts late February or early March, and I’ll be off that new music, so you guys can make assumptions about when the stuff is gonna drop.

I took a picture with the plaque next to the ocean *haha* but didn’t really celebrate. I don’t really do anything, I’m a lame rapper. (Only by his own standards, we think he’s pretty dope!) It was more so just a milestone. I turned 21 and then a month later is when I actually announced that it went platinum because that’s when I got my plaque and I couldn’t post it before that ya know. It’s almost double-platinum now.

How does it feel to have achieved so much at a young age?

It’s kind of relieving actually. Around this age, 18-22 or so, is probably one of the most confusing times of your life, when you’re really figuring out what you’re gonna do and what you got going on, and this just kind of fell in my hands. It’s a big stress reliever.

Between The Booty Tape, Being named an XXL Freshman, and a growing list of accomplishments 2017 was, without a doubt, a huge year for you. What do you hope 2018 brings?

I want to have as much clout (#cloutgang) as Post Malone and that Cash Me Outside girl. That’s where I’m trying to get to. I was just talking to Post actually, he knows what’s up. His fans are so crazy and I want that. I have some good fans, but I’m still building and he’s a couple years in. He’s got his shit together and now I’m trying to get my Post shit together.